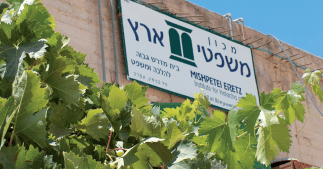 Reflections on Torah Study
On: Feb 2, 2012
By: Kim Troup
In: Reflections from Israel

August 2009 I went more than three weeks ago, but it’s still so fresh in my mind and it was such a glorious day, that I wanted to share it with you. On Thursday, July 23rd, I joined thousands of men and women of all ages flooding the campus of the Herzog College of Gush […]