May 2011 Thousands of years ago, the people of Israel stood at the foot of Mount Sinai, and received the Torah… the word of G- d. “And these words… shall be on your heart. You shall teach them to your children, and shall talk of them when you sit in your house, and when you walk by the way, and when you lie down, and when you rise”(Deuteronomy 6:6-7). The Torah is our guidebook – it tells us how to lead our lives… what we should eat, wear, say and how to conduct business dealings. The world is not the same place it once was. New challenges confront us, new technologies develop, and questions abound as we try to find Torah appropriate solutions to modern-day problems. For a believing Jew, the solution to modern ethical dilemmas must derive from ancient texts of the Bible and the Talmud.

Two institutes in Israel have dedicated themselves to exploring Judaic ethics and law, adopting the principles of the Scriptures, seamlessly merging them into modern life. And both of them are situated in Israel’s Biblical Heartland. The Zomet Institute, in the Gush Etzion region in Judea, was founded in 1976 by Rabbi Yisrael Rozen. The staff includes rabbis, scholars, scientists, doctors, lawyers, and economists. Rabbi Rozen, himself a rabbinical court judge and engineer, explains: “When the people of Israel returned to their land after a long exile, and established the State of Israel as an independent society, there arose a need to find ways to harness scientific and technological developments for the good of the Jewish people.” The Jewish people had come home and were suddenly faced with welcome challenges in security, medicine, agriculture, industry, and even electricity. While thrilled with autonomy, Rabbi Rozen says, “Technoligical development is a gift from G–d, and is meant to strengthen our faith in the Giver of the Torah, and not other wise.” The Zomet Center for Jewish ethics has devised practical and pragmatic solutions for approaching modern ethical dilemmas while remaining true to an age–old religious and legal system. Jewish law details many issues having to do with marriage, childbirth and fertility. Modern technological advancements have worked wonders for fertility but raise questions regarding the possible conflict between these advancements and Jewish law. Zomet has doctors and 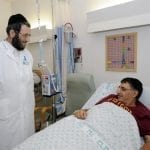 rabbis researching these issues and, together, they find solutions that are compatible with both Jewish law and the needs of the Jewish couple. Zomet publishes an annual journal called Tchumim (Limits) which deals with ethical issues, like time of death, experimentation on prisoners, genetics, transplants, infertility treatments… all at the forefront of Israeli society. These volumes of research provide a much-needed service to Jews all over the world. Rabbinic principles are shown to be relevant to the most modern of dilemmas. 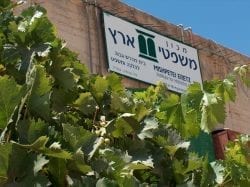 The Institute for Bible and Law of Ofra, situated on an isolated hilltop in the heart of the Benjamin hills, was founded in 2000. The founder, Rabbi Avraham Gisser, is both a renowned educator and a lawyer. Jewish law encompasses all areas of civil law but for centuries the Jewish people did not have the independence to run its own legal system and apply these laws. The Institute employs both rabbis and legal scholars who conduct research and train rabbinical judges. Rabbi Gisser explains: “Secular courts impose their criteria, and with all its good intentions, the Israeli legal society has not been exposed to Torah’s ancient values.” He maintains: “Values grow at the grassroots of society. Our conviction at the Institute for Bible and Law is that the Torah applies to the marketplace and to the field, to bank and firm. Jewish tradition cannot remain outside the pale of society; it demands to thrive.” Traditional scholarship must incorporate modern concepts and methodology. The Institute teaches principles of arbitration, mediation, punishment, compensation, contracts and restitution. They are laying the groundwork for a return of the authority of the Biblical judges… a society based on G-d’s law in His land. The Institute of Bible and Law has become an influential think tank, with publications that have been quoted in Israeli Supreme Court decisions. The Institute is fulfilling prophecy as foretold by the prophets: “…I will restore your judges as at the first, and your counselors as at the beginning; After that you will be called the city of righteousness” (Isaiah 1:26). CFOIC Heartland has been there for both of these wonderful institutions as they strengthen Biblical life in Israel. After all, the Jewish people are the “People of the Book”, living and loving its words as a living presence. “It is a tree of life to those who lay hold of her; those who hold her fast are called blessed” (Psalms 3:18).