The past few weeks have been exciting and wonderful.  It began with Prime Minister Netanyahu’s dramatic revelation that Israel had seized tens of thousands of Iranian documents and digital files detailing their active and dangerous nuclear weapons program. 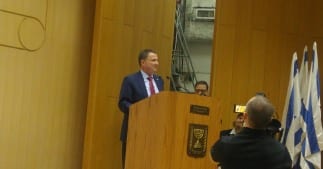