Volunteer for Israel – a Wonderful Way to Help!

Yesterday I was privileged to take part in a unique event in the Knesset (the Israeli Parliament).  A Salute to Christian Zionist Volunteers for Israel.  The event was hosted by MK Sharren Haskel, a lovely young woman from the Likud party, but it came about as a result of the meeting between Knesset members and Tommy and Sherrie Waller, the founders and heads of Hayovel.

Hayovel is an amazing volunteer initiative — the only Christian volunteer organization in Israel that focuses on Judea and Samaria.  They bring hundreds of Christian volunteers to Israel each year to help with the pruning, planting and harvesting of wine grapes on the hills of Judea and Samaria.  Thirteen years ago, Tommy and Sherrie Waller came to Israel for the first time and encountered the mountains of Judea and Samaria.  And they met a young vineyard owner and fledgling vintner who had just started planting a vineyard in Har Bracha, a wonderful Jewish community on Mt. Gerizim.  They were enchanted by the young man but even more so by the prophetic significance of what he was doing.  Jeremiah prophesied some 2,500 years ago: “Again you shall plant vineyards on the hills of Samaria, Men shall plant and live to enjoy them” (Jeremiah 31:5).  And both the Wallers and the vintner connected deeply to this effort in a prophetic way.

I had met Tommy in Tennessee, just before that trip,  and hosted both Tommy and Nir Lavie, that young Har Bracha vintner, in my office during their initial time of acquaintance.  And the rest is history.  Tommy and his family (11 children!) started helping Nir.  Then others wanted to join as well.  Until HaYovel was born and became what it is today.

HaYovel and CFOIC Heartland have enjoyed a special relationship since our first meetings in 2004.  I have watched with joy and wonder as the Wallers have grown in their understanding of Israel and of what G-d is doing in this land.  And I have been amazed at their ability to attract people from all over the world to come for weeks at a time and work in the vineyards of Samaria.  They live in very difficult conditions — camp barracks style.  They eat their meals in a large tent and the kitchen staff cook for hundreds under very difficult conditions.  They get up before sunlight and are in the fields at dawn, harvesting tons (literally!) of grapes, and not only in Har Bracha but all over Samaria!

I meet these groups each year and introduce them to our work and they become some of our most avid supporters when they return home!

But even though HaYovel is unique, they are but one of many Christian Zionist organizations who are bringing volunteers to Israel and encouraging volunteers to work for Israel in their home countries.  You, are one such volunteer, I’m sure.  At CFOIC Heartland, we have always encouraged our many friends and supporters to volunteer for us around the world.  And without you, our devoted and selfless volunteers, we could not have grown as we have.  You have introduced us to your pastors and hosted events for CFOIC Heartland in your home or in your church.  You have phoned friends and neighbors and encouraged them to join our tours or get on our mailing list.  You have written letters to the editor of your newspapers advocating for the settlement movement.  You have spread our messages on social media.  You have picked me up at the airport in whatever foreign city I have landed and driven me from meeting to meeting or hosted me in your homes.  All of you are volunteers for Israel.  All of you are volunteers for Judea and Samaria!

Yesterday’s event was truly special.  Tommy Waller invited a select number of people, Christians and Jews, who have influenced his journey for Israel, to say a few words. And I was one of those.  In front of an audience that was overwhelmingly Christian but that included Members of Knesset and their aides as well as Jews involved in this work, I was able to express my gratitude to Christians who are helping us change the conversation when it comes to Judea and Samaria.  The thunderous applause I received from the audience sent a clear message to the Members of Knesset, who themselves are very supportive of Judea and Samaria, that you have their back.  That they have strong international support for their stand on Biblical Israel.

But what was probably most special about the event was how nearly everyone there, Jew, Christian and MK, expressed their ultimate gratitude to G-d for the miracles that we are witnessing in our day:

As MK Yuli Edelshtein, the Speaker of the Knesset noted in his address, this is truly a part of the redemption.  And as MK Rabbi Yehuda Glick stressed, Israel should be the focus of the world, a place where everyone will recognize G-d and come to worship Him in Jerusalem, on the Temple Mount. 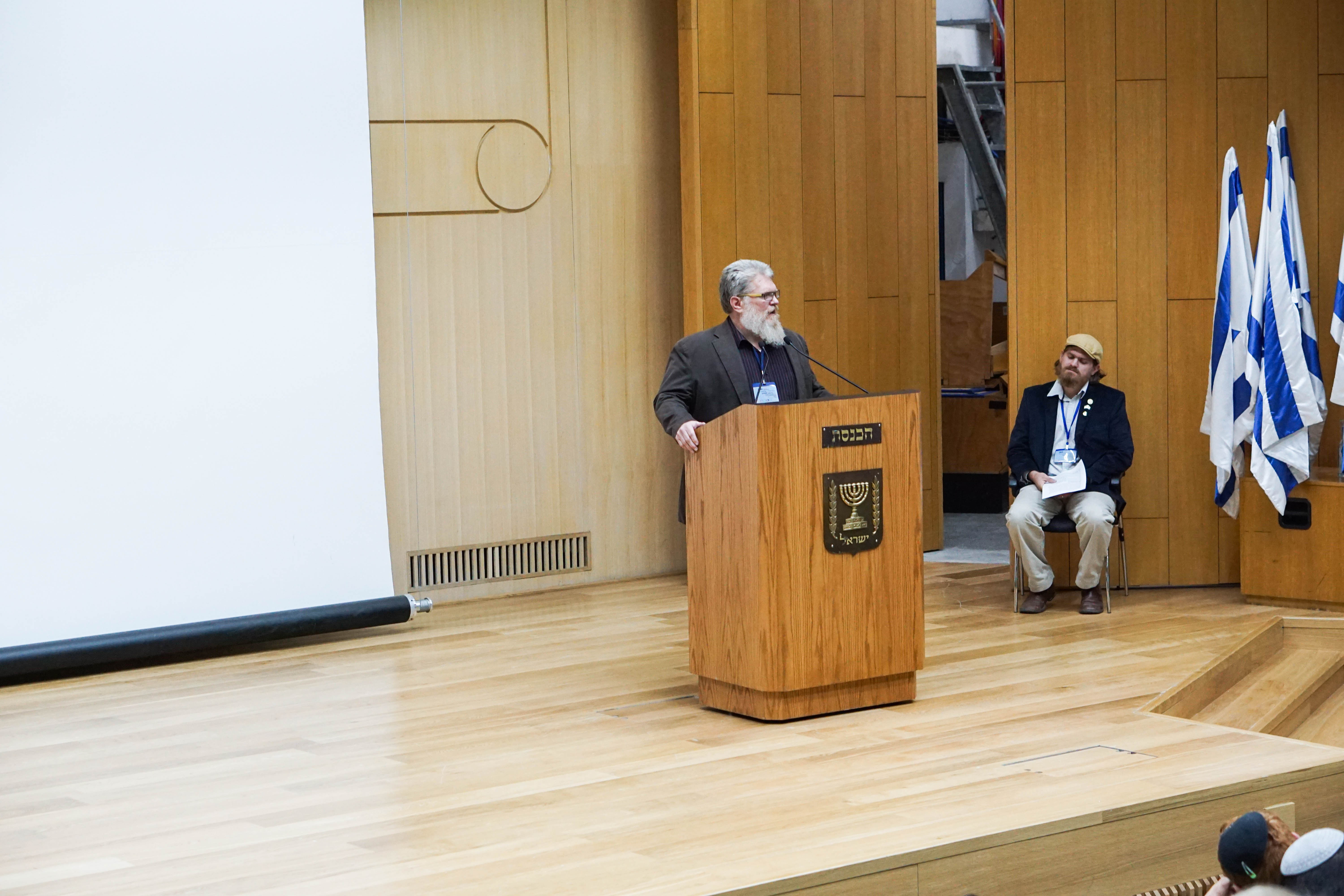 We know we have many challenges ahead but together we can address them and overcome them.  If we keep our eyes on the prophetic significance of what we are doing, we will not be defeated.  “And many nations shall go and say ‘Come let us go up to the Mountain of the Lord to the House of the G-d of Jacob that He may instruct us in His ways and that we may walk in His paths’” (Isaiah 2:3).