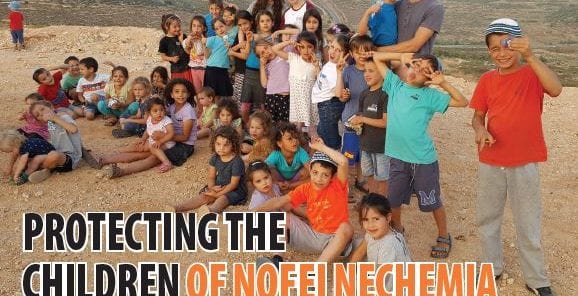 Will you help protect the children of Nofei Nechemia? Emergency needs are a tricky thing. Like any insurance— medical, life, fire– you invest, paying your premiums month after month, year after year, praying never to cash in on your policy. The people of Nofei Nechemia are concerned for what is most important to them… their […]

Recognizing and Limiting Revenge Chapter 35 details the rules of cities of refuge that are established throughout the Land of Israel, three on the eastern side of the Jordan and three on the western side.  Only one who kills someone by accident is entitled to seek refuge in such a city.  If someone has intentionally […]

Moses then reminds them of the sin of the spies who had returned from the Land of Israel and spoke ill of the land, causing the people to doubt the success of their imminent entry. God’s response, of course, was to punish the people and delay the entry for an additional 38 years. Moses fears that if Reuben and Gad remain in the land east of the Jordan, the rest of the people will refuse to enter. After years of experience with the Children of Israel, Moses is quite aware that the littlest provocation can instill fear and lack of faith in the people.

The people of Israel are the only people in the world who were exiled from their land for 2,000 years and yet remained intact as a people and as a faith. What kept us going all those years was the fact that we had the Torah, the Bible, as a guide through the years of exile, and we had a land to yearn for.