Tonight begins Yom Kippur, the Day of Atonement.  We will eat a simple but festive meal in late afternoon and then, just before sunset, the 25 hour long fast will begin.  This is the culmination of the 10 Days of Repentance that begin with the first day of Rosh Hashana.  During this entire time, we reflect on our behavior of the past year, set new goals for the new year but most of all, we strive to come closer to G-d.

The Hebrew word for Repentance is Tshuva, which also means return and, indeed, it is a time of Return.  We aim to return to G-d, to come closer to Him than ever before.  And we aim to return to ourselves, to discard the temptations and sins that distracted us along the way and come back to the person we really want to be.  At the end of the day, as the Shofar blows to signal the end of the Fast and the acceptance by G-d of our repentance, we feel cleansed and pure and ready to start over.  It is truly an amazing experience.

We then return home to break our fast but we never linger over the meal.  There is work to be done!  Just a few days later begins the holiday of Succot, the Feast of Tabernacles, and we are all eager to prepare for that holiday.  The Bible commands us: “You shall dwell in booths seven days, all citizens of Israel shall live in booths in order that future generations may know that I settled the Children of Israel in booths when I brought them out of the land of Egypt” (Leviticus 23:42-43).  So we go out that same evening and start building our Succah, our booth, to enable us to immediately follow G-d’s word.  My entire neighborhood is full of the joyful sounds of families putting up their personal succahs.

I love the Feast of Tabernacles.  I love sitting in the Succah and feeling the vulnerability that we should all feel as we recognize that G-d alone, not our solid house, protects us from the elements.  I love the fellowship among family and friends as we entertain in our Succah and join family and friends in theirs. And of course, during the intermediate days, between the first and last days of the holiday, we go out and enjoy the Land of Israel!

This year I am particularly excited to join the Samaria Hike, on the second day of the holiday.  Families from all over Israel will meet near Kedumim and walk to the old Sebastia Railway station where there will be activities for children, picnics and a concert.  For the younger families, it is a great way to spend the holiday.  But for me and for people my age, it is an amazing opportunity to go back in time and recall and revel in all that has happened since the beginning of the Settlement Movement. 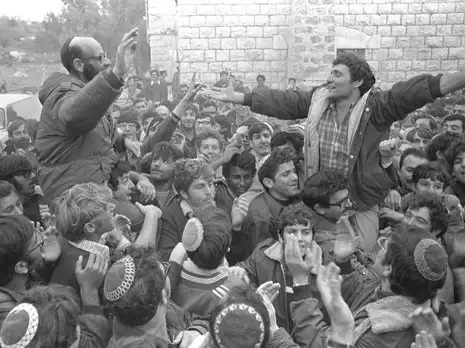 Joy erupted in Sebastia in December 1975, when the government
authorized the first Jewish community in Samaria.

The year was 1974 and the Yom Kippur War had just come to a very sad and tiring close.  And a number of idealistic young people realized that the Land of Israel was calling for its children to come home.  For seven years, the Biblical Heartland had been under Israeli control but so little had been done to settle the land.  These early pioneers realized that G-d was calling them and they acted.

Beginning in 1974, seven different attempts were made to create a new community in Samaria where no Jews had lived for centuries.  Each time, the government of Israel forced them to leave.  But finally, in December 1975, they succeeded.  After thousands had gathered at Sebastia, an Ottoman-era abandoned railway station, the Government relented and allowed 30 families to settle in a nearby army camp.  That was the beginning of the community of Kedumim.

I was in Israel during that fateful December and planned to be among the thousands who converged on Sebastia.  But I overslept the opportunity.   Two weeks later, I hitched a ride out to the army camp that housed the fledgling community of Kedumim and spent the weekend there, sleeping in a very cold tent.  Some time after that, I visited the Sebastia railway station and absorbed the feeling of miracle that seemed to pervade the place.  And today, after living in Samaria for 35 years, I can honestly say that it all began then, in that place, in Sebastia.

So when we set out on Tuesday to hike to Sebastia, we will be reliving experiences that I and my generation took part in as we built these communities.  I remember when there were no Jews in Samaria, but our children do not remember that reality.  When I say Sebastia to my friends, we smile and recall the early days, when there was nothing here and we helped create the something that we see today.  When I say Sebastia to the younger generation, so many of them think only of the ruins of the ancient city of Samaria which the Romans renamed Sebastia in the second century,  They are often ignorant of how Jewish settlement in Judea and Samaria began.

There will be old-timers there that day who will tell their story to all who will listen, young and old.  It is a tradition that deserves to be preserved, not just in the history books but in the lives and experiences of the young people who came in their wake.  Today, people often move to Judea and Samaria because they love the sense of community, the ability to live where our forefathers lived, or to settle a new place.  And while the challenges remain, especially the security ones, the challenge of starting from scratch has, thank G-d, become irrelevant.  Our enemies may not recognize it yet, but we know that we are here to stay.  Those early pioneers started something, having no idea if they would succeed.  Today, we can say with pride, we did succeed.  Thank G-d! 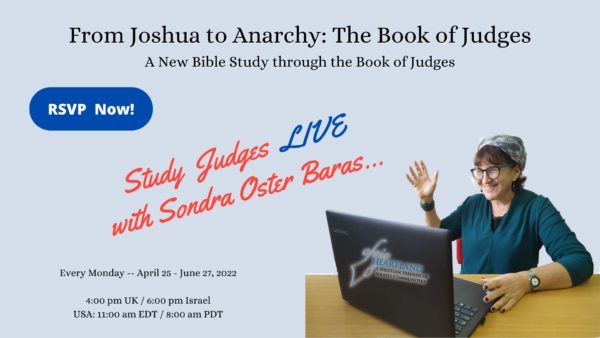 7 thoughts on “Remembering the Beginning”