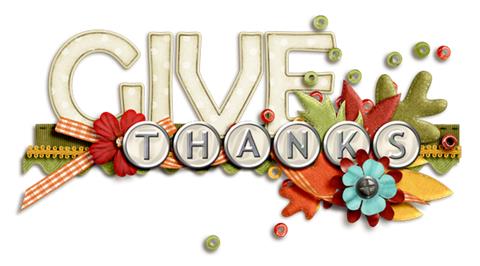 The Sacrifice of Thanksgiving

For the Lord comforts Zion; he comforts all her waste places and makes her wilderness like Eden, her desert like the garden of the Lord; joy and gladness will be found in her, thanksgiving and the voice of song.  Isaiah 51:3

From time to time, violence erupts in Gaza as terrorists launch rockets or incendiary balloons from Gaza into Israel on a regular basis.  The news reports this as a normal occurrence, business as usual for the violent Middle East.  Nothing could be further from the truth, on the ground, in Israel.  For the hundreds businesses that are closed or the thousands of children who are home because schools are closed, staying ever vigilant for the siren to go off alerting them to an incoming rocket, so they can race to the nearest bomb shelter, this isn’t a “snow day.”  No one is celebrating a day off from work or school.  This is a day to question God’s promises.  Why are the rockets falling?  Where is the comfort God promised?

We tend to think of God’s comfort as an absence of conflict, a complete and total peaceful utopian existence.  But this has never been reality.  God has something much greater in mind when He talks about comforting His people.  During conflict or the stresses of life, whether it be rockets literally falling from the sky or “bombshells” of sickness, financial difficulties, or complicated relationships, God promises to be a constant steadying force in our lives.  And He challenges us to find our voice of thanksgiving during whatever situation we find ourselves in.  For when we are thankful, He can be bigger than any storm around us.

As I remain glued to the internet, following all of the stories coming out of Israel, I was particularly moved by the stories of the many brides who were supposed to be married during one of the recent attacks from Gaza. Imagine, waking up on the morning of your wedding just to discover that your country, Israel is once again under attack. The IDF ordered all businesses, schools and public venues closed until further notice. And that includes the wedding halls. It was just too dangerous to allow hundreds of people to gather in one place. So, what do these brides do? They call out for help! And what do Israelis do? They help!!

Entire weddings are moved, catering, flowers, musicians.  Herculean efforts are made to move everything from the south of the country to the north of the country.  Guests are notified and plans change the day of the big ceremony.  This would never happen in America, and I dare say, it wouldn’t happen in any other country on earth, except for Israel!

It is happening today just as Jeremiah prophesied:   “Thus says the Lord: In this place of which you say, ‘It is a waste without man or beast,’ in the cities of Judah and the streets of Jerusalem that are desolate, without man or inhabitant or beast, there shall be heard again the voice of mirth and the voice of gladness, the voice of the bridegroom and the voice of the bride, the voices of those who sing, as they bring thank offerings to the house of the Lord: ‘Give thanks to the Lord of hosts, for the Lord is good, for his steadfast love endures forever!’ For I will restore the fortunes of the land as at first, says the Lord.” Jeremiah 33:10-11

God promises to bring us comfort, but first He asks for a sacrifice of thanksgiving. I think it is called a sacrifice of thanksgiving, because it is easy to be thankful when everything is easy, but the minute that there is a problem or a rough patch, our first human inclination is to complain. Even the children of Israel were not exempt.  They murmured and complained against Moses who was arguably the most anointed leader of all time. If those under Moses’ leadership complained, it is understandable when we complain.  But we can elevate ourselves beyond the complaints.

As we in America celebrate our annual holiday of Thanksgiving next week, I challenge you to find something to be thankful for.  No matter what situation you are going through, or how difficult life is today, if you can find one little thing and begin to praise God and give Him a sacrifice of thanksgiving, He promises that He will never leave or forsake you, that He will comfort you and give you peace.  Remember those Israeli brides who refused to throw up their hands in despair or allow the plans of the enemy to steal their joy. They were able to move mountains with their indomitable spirit of optimism and the help and unity of their country behind them. There truly is heard today in Israel the voice of the bridegroom and the voice of the bride, the voices of those who sing, as they bring thank offerings to the house of the Lord because God has truly restored the fortunes of the Land.