Yesterday was a fast day, the 17th of the Hebrew month of Tammuz, which ushers in a 3-week mourning period for the first and second temples, thousands of years ago.  Our sages have long laid the blame for the destruction of the Second Temple and the subsequent exile from the land, in the first and […] 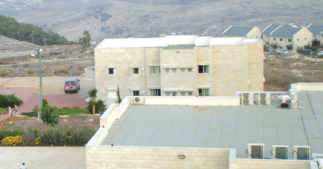 Har Bracha: Building and Growing
On: Feb 23, 2012
By: Kim Troup
In: Heartland Stories

May 2010 Oodles of children scramble happily on the painted playgrounds and roll down the grassy slopes, their sweet voices echoing in the mountain air. Nearby, sprinklers water the vineyards and Yeshiva Bible students amble by, busily discussing points of Talmudic Law. This happy, thriving scene plays out on the breathtaking, windswept Har Bracha, The […]

Reflections on Torah Study
On: Feb 2, 2012
By: Kim Troup
In: Reflections from Israel

August 2009 I went more than three weeks ago, but it’s still so fresh in my mind and it was such a glorious day, that I wanted to share it with you. On Thursday, July 23rd, I joined thousands of men and women of all ages flooding the campus of the Herzog College of Gush […]