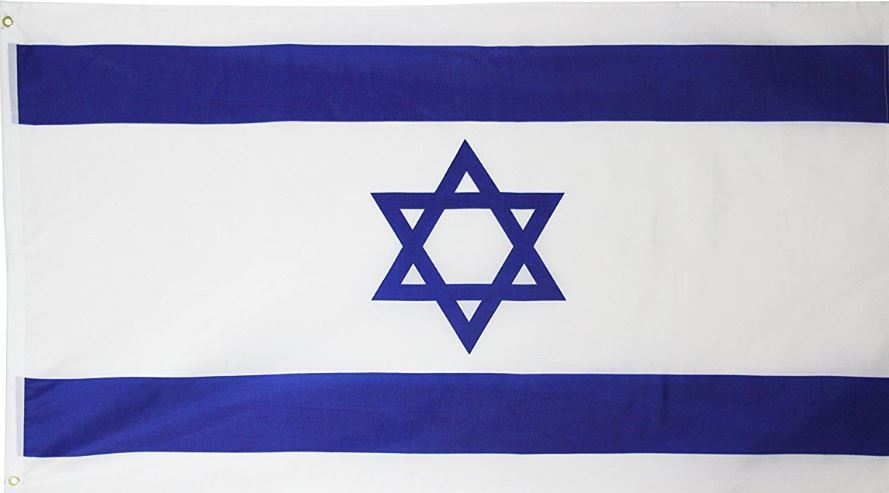 Last week we celebrated 72 years of independence.  While most countries celebrate some sort of independence day and are proud of their history, there is something so miraculous about the establishment of the State of Israel that it goes way beyond the normal celebrations of other nations.  And some of the reading, thinking and news items that I was exposed to in the past few weeks brought home to me how very special our country is.

Passover this year was very different because of the Coronavirus and the virtual lockdown that we were all in.  So, instead of my usual extremely busy holiday of cooking, hosting family and friends, and hiking in the beautiful landscapes of Israel, I stayed home and read.  One of the books I read told the story of a Jewish family from the early days of the 20th century, in a small town in Poland, through their horrific experiences of the Holocaust, and ended with the few survivors making Aliyah to Israel.  Some were lucky enough to get certificates from the British and came before 1948, others waited in DP camps in Germany until Israel became a state and opened its doors to Jews from all over the world.

While I have long been aware of these stories, from reading history and from hearing the personal stories of friends and family, from childhood to today, this book brought it all alive for me again.  As we marked Holocaust Remembrance Day I was reading about the ghettoes, the escapes and the torture and murder in the camps in Poland.  And as Israel Independence Day arrived, I was overwhelmed with a sense of gratitude, not only experiencing my own enormous passion for this country but experiencing vicariously just a bit of what those early pioneers must have felt as they landed on the shores of Haifa, having survived the worst anti-Semitism and persecution, escaping death within a meter of their lives, and finally coming to a country where they could lift up their heads and feel proud to be Jewish.

Israel was such a poor country then.  A few months ago, I read another wonderful book, given to me by a dear friend in Australia: Angels in the Sky.  It told the story of volunteer airmen, mostly veterans of World War II and mostly Jewish, who came to Israel in 1948 to help create the Israeli Air Force and save Israel from destruction at the hands of an Egyptian Air Force, armed and trained by Britain.  Beyond the story of courage of each of these airmen, however, lies the story of a country that was determined to survive against all odds.  A country whose air force began, while under fire, with four rickety planes and pilots with little or no experience.   One of those pilots, Lou Lenart, an American Jew, made aliyah later in life, never really learning Hebrew but loved the land that he had fought so hard to protect.  My brother met him before he passed away and heard his personal story.  And what a story!

Fast forward to 2020.  We are in the midst of a coronavirus pandemic all over the world and Israel is consistently ranked among the top countries in the world for their immediate and effective response to this medical crisis.  Corona wards were established overnight in many hospitals to enable effective care while ensuring absolute sterility and isolation from other wards in the hospital.  The Israeli Army mobilized its soldiers to deliver food and essential supplies to the elderly and others stuck in home in communities where the virus had struck most violently and people were confined to their homes for weeks.

During these weeks of staying at home, I consumed a great deal of information on the television about the pandemic.  One story in particular amazed me.  We were given an inside look at the most sophisticated and advanced scientific research institute in the country and one of the most highly regarded in the world: the Weitzman Institute.  There, doctors and researchers are developing possible solutions for this viral pandemic, that may change the way we understand viruses in general, and may well provide the world with a cure, a vaccine or both.

Have you ever wondered what kind of courage it took for Ben Gurion to declare the State of Israel?  Even those countries most favorable to Israel thought it was a terrible idea, that the State would not last out the month, that with five Arab armies ready to invade, there was no chance that a fledgling country with no army, no air force and almost no people could win a war.  And of course there were those five countries, backed by the entire Muslim world, ready and determined to throw the Jews into the sea, just three years after Hitler had murdered six million Jews.

What a miracle!  Israel has not only proven to be a stable and safe haven for Jews from all over the world, but it has grown and developed beyond anything anyone would have imagined 72 years ago.  I would love to think that Israel will be the country to develop the cure or vaccine for coronavirus but even if we don’t, I know that today, our small country has taken a giant leap towards the fulfillment of Isaiah’s prophecy: “I will make you a light of nations that My salvation may reach the ends of the earth.”  Not a light to the nations, as it is so often mistranslated.  But a light of nations — the light that goes forth from Israel and illuminates all of the nations, that provides the light so that all can see G-d. That all can witness the miracle.