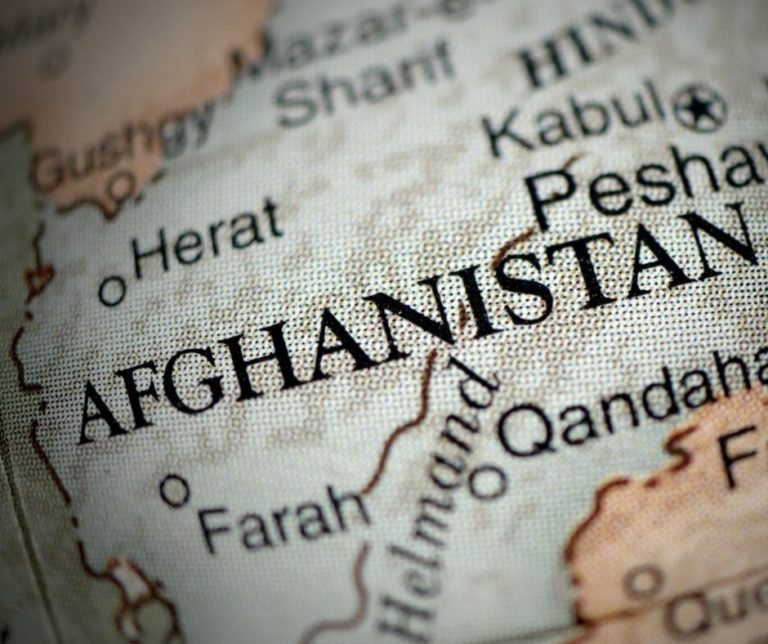 Prime Minister Naftali Bennett traveled to the US last week for his first meeting with US President Joe Biden.  Speculation abounded as to what the atmosphere and outcome of the meeting would be.  Bennett and his team had already landed in the US and Bennett had already met with Secretary of State Anthony Blinken when news broke of the terrible terrorist attack at the Kabul airport, killing dozens of people including 13 US marines.  As the tragedy unfolded, the Biden-Bennett meeting was postponed to the next day.

News from Afghanistan has been terrible for days.  The pictures of desperate Afghans clinging to the wings of airplanes and then falling to their deaths brought home to us all how terrible their situation must be, to choose certain death over a return to their homes in Afghanistan.  We remember well the pictures of the Taliban and their horrific treatment of Afghans from years ago.  And as the 11th of September approaches, as we mark the 20th anniversary of the worst terrorist attack in history, we remember well the danger and horror of the Taliban to good people all over the world.

For 20 years, America and their allies, battled terrorists in Iraq and Afghanistan, seeking to eradicate the influence of terrorism on those countries and around the world.  Today, 20 years later, we can safely say that America failed.  The brave men and women who gave their lives to this cause did not die in vain.  They did provide temporary respite from the worst excesses of the Taliban.  But there is no question that in the long run, we are no better off than we were.

Terrorism is alive and well in the Middle East.  Iran is moving rapidly towards nuclear capability but has been supporting terrorism all over the Middle East for years.  Ships have been attacked by Iranian proxy groups in the Persian Gulf; Iranian-supported Hezbollah has been growing in capability even as Lebanon is falling apart; Assad has put down the last of the rebel strongholds in Syria, with Russian and Iranian support; and Iranian-backed Hamas continues to attack Israel from Gaza.

The Taliban is just one more group that can execute vicious attacks in the name of Islam.  Although they are often seen as primitive, with their main powerbase in the poorest villages of rural Afghanistan, any group that was able to pull off the four-pronged attack against the US on 9/11, is a force to be reckoned with.

I can well understand why America pulled its troops from Iraq and now, from Afghanistan.  Every country must evaluate whether protecting a foreign country justifies the loss of life of their own brave citizens.  And while there were accomplishments in the war against terrorism in both of those countries, there is a deep-seated core of local support for terrorism and the radical Islamist ideology that fuels it.

Israel is unique.  As the only democratic and western country in the area, we clearly align ourselves with our allies in North America, Europe and western countries in other parts of the world.  In the west, the people have full democratic rights and our leaders are accountable to us.  If they have not properly served our interests, they will be voted out of office.  We have freedom of the press and freedom of religion, freedoms denied to citizens in every Middle Eastern country except Israel.

When terrorist groups and their state sponsors gather against us in Israel, and they do so regularly, we do not fight against them because we want to protect the proverbial innocent in their countries.  We fight against them because we are protecting our own citizens.  When Hamas attacks Israel with fire bombs that destroy our fields, or with artillery and missiles that murder our children, we defend ourselves, a basic right of every country.

When Israel fights terrorism, we are fighting a real and immediate threat to our people and to the very survival of our country.  While terrorists in Afghanistan seek to eradicate western influences in their own country, terrorists attacking Israel want to eradicate our entire country.  And frankly, given the chance, these same terrorists would love to eradicate western countries everywhere.  But their local bases of power and influence are too far away to accomplish their goal.  However, Israel is in their backyard!

After the Bennett—Biden meeting, the official statements to the press followed the usual pattern.  Both leaders talked about a strong commitment to protecting Israel and the need for peace in the area. Biden is eager to move forward on concessions to the Palestinians while Bennett is happy to discuss economic improvements for the Palestinians but refuses to entertain the idea of a Palestinian State.

The explosion in Kabul may have directed Biden’s attention away from Israel and made the meeting more rushed than originally planned.  But what the explosion should have done is deepen the understanding of the US and the entire western world, that they need Israel.  Israel does not send troops to foreign countries to fight the terrorism that threatens the free world.  Israel is a major player in the global war against terrorism because the battlefield is in our country and on our borders.  No foreign soldier will ever fight Israel’s battles — that is an important Israeli ethos.  But we do expect that western nations will have our back, that they will understand that giving in to Hamas and to the Palestinian Authority in their expectations of statehood makes no sense.  Both Hamas and the PA, each in their own way, are sponsors of terrorism of the worst kind.

I understand why the US is leaving Afghanistan, despite the tragic pictures from Kabul.  I cannot possibly understand why anyone would support any further Israeli withdrawals.  Do they really want to see Kabul in Israel?  And in our case, we are not a foreign military presence, We are in our own land.  We are not fighting someone else’s battles.  We are fighting our own.