Meet a pioneer – a series of stories and interviews that allows you to meet the modern pioneers of Biblical Israel. In each episode, we will give you an intimate portrait of the men and women who are personally fulfilling Biblical Prophecy every single day. You will gain a glimpse of their home environment, understand their daily reality, and discover their motivation for settling the Biblical Heartland.

Planting Vineyards on the Mountains of Samaria

Vered Ben-Saadon, owner of an award-winning winery in the small community of Rechalim, purposefully sought to settle in Samaria during the second Intifada. Beyond her involvement with her successful family business, Vered is also dedicated to her community, acting as the primary liaison between Rechalim and CFOIC Heartland, hosting groups from all over the world for tours of the vineyard and wine cellars, giving visitors a taste of Biblical prophecy fulfilled. This is Vered’s story – a pioneer committed to glorifying God’s land. 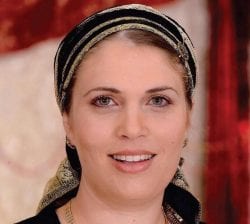 During the Second Intifada—the Palestinian uprising between 2000 and 2004, when even the most dedicated pioneers were tempted to leave Samaria to seek safer pastures, the Ben-Saadons were defiantly establishing roots in the area. In 2003, Vered and Erez Ben-Saadon established their family business, the Tura Winery, in the Samaria community of Rechalim. “We lost close friends during this violent period. Of course it was scary,” says Vered, but despite the tragedy all around them, they persisted. Erez is a Sabra, a popular term used to signify Israeli-born Israelis. Vered was born in Holland, and immigrated to Israel with her family as a youngster. Her family settled in Samaria, in the community of Kochav Hashachar.

Vered and Erez married in the early 2000s and started their life together in the community of Har Bracha. Seven years later they moved to the nearby community of Rechalim, and, soon after, established their winery there. They are parents to five beautiful children. The youngest was born during the week when the Torah portion of Shelach (Numbers 13-15) is read in the synagogue. In that portion, the spies are sent out to scout the land of Israel and return with a cluster of grapes and a negative report. The Ben-Saadons decided to name their daughter Hallel, Hebrew for praise, with the intention that their work would praise the land through its fruit, in rectification of the Biblical sin of the spies.

The young family was drawn to Rechalim in part because of the ideological motivations of its founders. Rechalim, located in northern Samaria, east of the city of Ariel, was founded in the winter of 1991 by a group of people driven to action after a Palestinian terrorist murdered Rachel Drouk, a resident of a nearby community. After Rachel’s funeral, women from all over Judea and Samaria set up tents at the site. The first pioneering family to live in Rechalim lived in a tent for nearly eight months, but soon after, multiple families joined them, permanent homes were built, and Rechalim grew into a community in the full sense of the word. Today, more than 30 years after the first home was built, Rechalim is 100 families strong and home to 200 children and youth (and growing!)

The Tura Winery vineyards are located in the community of Har Bracha (the Mountain of Blessing) and include Cabernet Sauvignon, Cabernet Franc, Merlot, Shiraz, Petit Verdot, Pinot Noir, and Chardonnay grapes. The Ben-Saadons began with a small vineyard spread across 5 acres of land, yielding a mere 1,200 bottles of wine. Today the vineyard has expanded across 37.5 acres and yields approximately 23,000 bottles annually. Samaria is optimal for grape harvest because of the climate conditions here. “Snow is wonderful for the grapes,” explains Vered, referring to the recent snowstorm that hit Judea and Samaria, causing many residents, including her own family, to lose power. “We were thrilled for the grapes, but not as thrilled for ourselves!”

Since its establishment, the winery has enjoyed amazing success, and Tura Wines have received a number of prestigious awards. The Ben-Saadons have even had the privilege of welcoming Prime Minister Binyamin Netanyahu. But success is not what motivates the Ben-Saadon’s to run their business in Samaria. “We are based in the region not for the money, but for the love of the land.”

Vered’s dedication to her community goes beyond her family business. She is the mover and shaker behind her community’s relationship with CFOIC Heartland as she updates us on her community’s needs. Vered hosts groups from all over the world for tours of the vineyard and wine cellars, explains how their boutique wines are made, and offers a winetasting session. Vered has especially enjoyed meeting and hosting CFOIC Heartland pilgrims. “We have a wonderful relationship with CFOIC Heartland. I asked Sondra to work with Rechalim, and bring groups to visit our winery because I believe that what we do here brings people together. Wine is something that unites us all,” she continues. “Our visitors are so enthusiastic and excited to learn about Israeli agriculture, to hear our personal story, and to behold prophecy being fulfilled before their eyes [Jeremiah 31:5]. People become very emotional.”

But not everyone is similarly touched. Recently, there have been calls to boycott Judea and Samaria businesses. As the Tura Winery distributes 40% of its yield to markets outside of Israel, they may well be affected by the boycott. But Vered maintains that at this point they have not felt its effect. She remains optimistic. “For every person who decides to boycott us, there are ten more who support us. The majority rules; together we will overcome this.” The boycott will not stop Vered from doing what she loves, in her land. This is but another testament to her dedication to glorify God in His gift of the land to His people and the abundance of His blessings for her family

Help save lives in Einav! 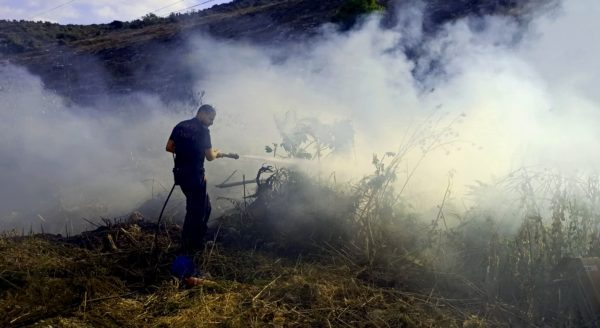 Einav, a community in Samaria not far from Rechalim, is also the target of constant terrorist threats. Surrounded by hostile Arab villages, they are desperate for life-saving security equipment. 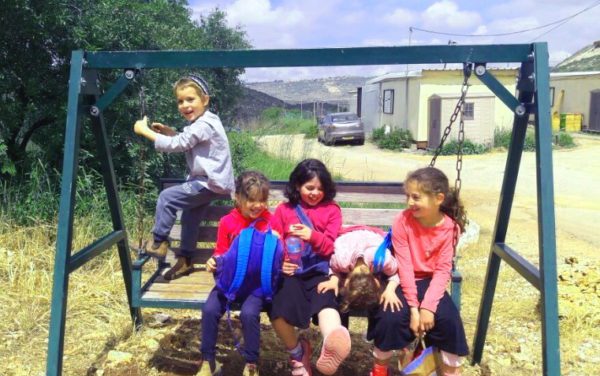 Your donation will give Einav’s families extra protection and security during an emergency.