Just two days ago, on Saturday, Jews all over the world marked the holiest day of the year, Yom Kippur, the Day of Atonement. I wanted to share some thoughts with you that were part of my Yom Kippur experience this year.

The fast began just before 5 pm on Friday. Clothed in white, our prayer books in hand, my husband and I walked the short walk to the synagogue, passing neighbors and friends along the way, each in white, each holding their prayer books, as they made their way to any of the many synagogues in the area. The streets are silent – no one dares to drive on Yom Kippur – filled with the quiet murmurs of people greeting one another as they walk to the synagogue.

The evening prayer opens with a moving prayer composed in Spain by Jews who were forced to convert to Christianity on pain of death, but who kept their Jewish practices and beliefs hidden. The prayer asks G-d to annul any promises we had made during the year which we could not keep. The prayer was originally written to alleviate the Spanish Jews of their falsely-given promises of faith in Christian beliefs.

The next morning, prayers begin just before 8 and continue for about 5 hours. We all follow the same text, which includes Scriptures, beautiful religious poems composed centuries ago, some of which are chanted, some of which are read silently and some of which are sung aloud, altogether. The tunes vary from slow and moving to lively and joyful. The content of our prayers vary as well – from honest admission of guilt for a variety of sins to hope that G-d will forgive us. But what pervades all of the prayers is an intimate connection with G-d. We ask Him to forgive us our sins even as we trust that He will. We bare our conscience before Him even as we know He already knows who we are. The prayers are in the plural – even as we each think of our own individual sins and needs, we are praying for His absolution of us all and for the ultimate redemption of the Jewish people.

The highlight of the morning prayer are two powerful liturgical poems. One details the

service of the High Priest in the Temple. The other tells the tragic story of 10 martyrs, great Torah scholars who were tortured and killed by the Romans many centuries ago. The prayers are said one after the other and the message is clear – we should be celebrating this day in the Temple on the Temple Mount, with the High Priest officiating. Instead, we have not yet reached full redemption and the story of the 10 martyrs is just one of many that we have suffered over the centuries since the destruction of the Temple and the exile from Israel.

I wondered why this theme was so important on this day. After all, we have a separate day of the year, the Ninth of Av, also a fast day, when we mourn the destruction of the Temple. Why on the Day of Atonement, a day of personal and collective repentance, do we mourn our situation in exile. I wondered further what this prayer means to me today and to my entire community, as we are actually back in the Land of Israel. Does this prayer, written from the depths of despair from the worst of the exile experience, still have relevance today, in the Land of Israel?

But I returned to the wonderful prayer which details the worship in the Temple, and I realized how lucky we are to have this record. While the basic outline of the service is noted in Scripture (Leviticus 16), this prayer, based on that outline, is so much more 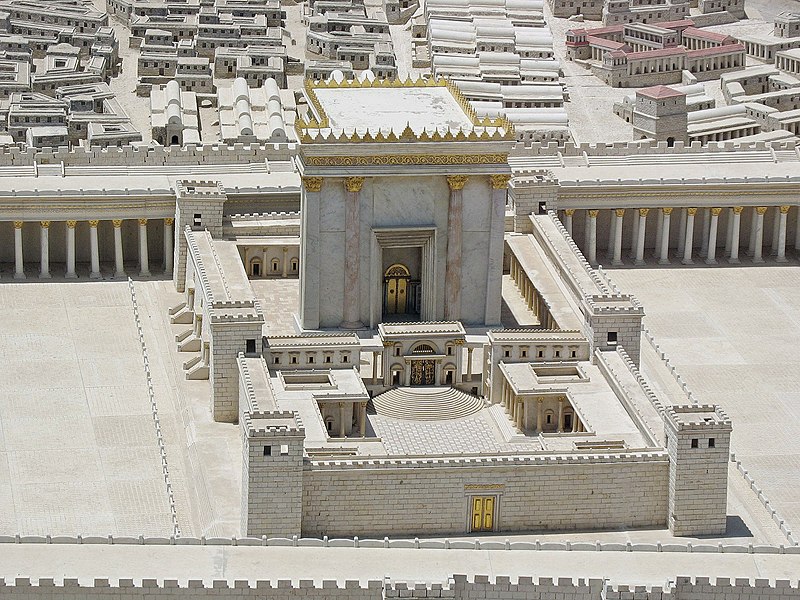 personal. It tells the story of the high priest, how the other priests assist him and encourage him, how he prepares himself for prayer and service and how he performs each detail of the ceremony. It is a description written in love, and in yearning for a ceremony that is no longer. And the very fact that we have this record speaks volumes – for despite the passage of time, we want to preserve that yearning for a Temple we have never seen. And for centuries, Jews preserved that yearning for a place they had never seen, for they had never been to Jerusalem. But the yearning and love was alive, in part thanks to this prayer.

It is good for us today, even as we see the Temple Mount and visit Jerusalem often, to experience the yearning, to never cease the yearning until the process is over. And yes, to remember how our forefathers suffered to keep that yearning alive, to keep the Jewish faith alive. The 10 martyrs were murdered because they refused to obey the Roman ban on the study of Torah. Where would we be today, both Jews and Christians, if those brave Jews had obeyed the Romans. The Bible would be lost and the Jewish people would have been relegated to the dustbin of history.

So yes, we need to say these prayers, not only because we have not yet rebuilt the Temple but because we need to remember how special it is that we are still together, as a

people, united in our love of G-d and His word. And I recalled another prayer, that is also a central piece of both the Rosh HaShana and Yom Kippur service: “Aleinu.” It is a prayer of thanks and praise to G-d for creating the world and for making us who we are. And that prayer includes a powerful statement: “We must praise G-d, the Master of everything . . . who has not made us like the nations of the countries and who has not placed us as the other families of the earth.”

It has never been easy to be Jewish. The very prayers that mean so much to us on Yom Kippur, the service reminiscent of the Spanish Inquisition and the story of the 10 martyrs, reminds us that we have been persecuted terribly throughout the centuries for our beliefs. And yet, we thank G-d for keeping us separate. This prayer has gained special meaning to me in recent years, as I stand as a Jew before Christians, explaining who we are and what we believe. For some reason, G-d has selected the Jewish people to be different, in order to carry His message to the ends of the earth. It is not an easy mantle but it is one I wear with pride and love for G-d.

Today, especially, as so many nations question our identity, our heritage and our authenticity, as so many nations want to divide Jerusalem and divide the Land, I call out to those nations and ask them to read the Jewish prayer book. Any nation who has cried out to G-d with the most evocative words and tunes of love and remembering for a land and a temple that so many never even saw – how can anyone say that it is not ours?

Thank you for Blessing Israel!