Not Your Average Valley Girl

Shulamit Kaminsky has been a dear friend of CFOIC Heartland supporters for many years. When she first came to Israel decades ago, as a newlywed, she and her husband wanted to make a difference in their new homeland. But their commitment to settling the Biblical Heartland did not prepare them for the living conditions in the barren desert of the Jordan Valley. This is Shulamit’s story – a Jewish pioneer working to make the desert bloom.

Just one year after marrying Arnie in New York, Shulamit made Aliyah to Israel in 1972. The couple came with a group of young like-minded immigrants to a kibbutz near Gaza. After a short time, the group fell apart, and Arnie and Shulamit had to decide where to go next. They took a three day road trip, visiting communities all over Israel. When they got to the Jordan Valley, Shulamit thought “you’ve gotta be crazy to live there.” It was a hot, barren desert with no development for miles. But she admits, “there was something special about being a part of something that was bigger than us. There was something romantic about it being us against the elements, and making the desert bloom.” They moved to the Jordan Valley in 1981. They spent three years in Mechola, and when the community expanded, they were one of the first families to build a house in what became the community of Shadmot Mechola.

Today, Shadmot Mechola is the largest community in the Jordan Valley. The area offers a quiet and relaxed atmosphere with wide open spaces, as well as many opportunities to explore and appreciate nature and fresh air. Shulamit loves the sense of community among all settlers of the Jordan Valley. She feels comfortable in each of the communities there. The extraordinary sense of camaraderie among residents is best expressed in an often used expression: The Jordan Valley Family.

Shulamit was thrilled to raise her family in the Jordan Valley because she knew her children would grow up “healthy in every way.” There was a choice of community schools, and each of her four children found themselves back in the Jordan Valley as young adults. Three of them married spouses who also grew up in the Jordan Valley. Her eldest son Rami lived in the Jordan Valley for the first eight years of his marriage, her twins Yoni and Bina are both married and currently living in the Jordan Valley, and her youngest son Yishai married a girl from the United States, and moved to Jerusalem. She has a grand total of thirteen grandchildren who live close enough that she has the pleasure of watching them grow. Each summer all the grandchildren come to stay for a week with Shulamit and Arnie without their parents. “It’s the highlight of the year for them,” she boasts.

Just last year Shulamit’s grandson, Eitan, who also lives in the Jordan Valley, celebrated his Bar Mitzvah. The family climbed the Sartaba Mountain at sunrise to celebrate the first time he donned Tefillin (phylacteries). The Sartaba is the highest mountain peak in the Jordan Valley and more than 2,000 years ago, Jews would light bonfires on its peak to signal the start of a Biblical festival for the benefit of Jews living east of Israel, in Babylon and Persia. Eitan prepared for the occasion by learning about the history of the area, connecting him spiritually to his long heritage in the land. 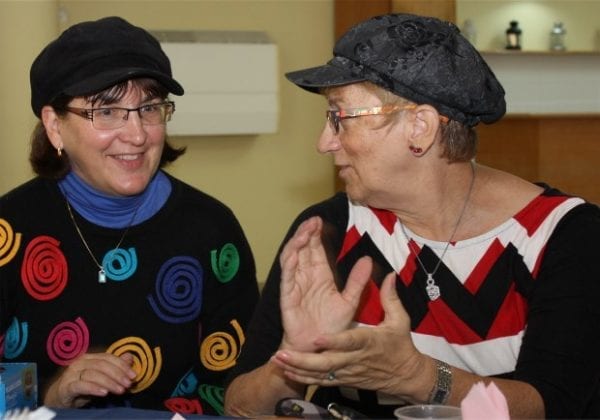 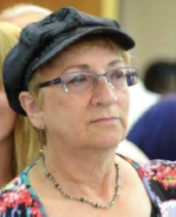 Shulamit met Sondra soon after starting to work in the Jordan Valley Municipality nineteen and a half years ago. “I am always amazed by how Christian visitors come here and are so connected to the land, much more than many Jews are.” She continued, “I’m in awe of their connection to the written word, and enjoy seeing their enthusiasm.”

Over the years there have been CFOIC Heartland-supported projects in most of the Jordan Valley communities. Every community welcomes visitors with open arms and are very excited about forging positive connections with Christian friends around the world. There is an ongoing project of a family therapy  center that has been supported by CFOIC for many years, and there are a variety of projects throughout the region that receive Christian support each year.  There are even a few long-standing relationships between communities and their Christian friends. “Many of these projects don’t get support from any other sources, and wouldn’t exist if it weren’t for CFOIC Heartland. Every little bit is really highly appreciated.”

Shulamit explains, “Just as in other areas of Judea and Samaria, we live with local Arab neighbors. But in the Jordan Valley the Arabs didn’t arrive in the area until way after the Jewish communities developed. For the most part, the Arabs who live among us want to live in cooperation,” says Shulamit. But over the years, the people of the Jordan Valley have had to deal with more than their share of terrorism, whether on the roads, or from terrorist infiltration into communities. The terrorists who commit these crimes are usually not from the Jordan Valley.Just recently Avi Ben-Zion, a prominent Jordan Valley farmer, was killed in broad daylight by several Arabs. He was on his way home from work, near the Alon Junction, when terrorists pulled him out of his car, pounded his head with an iron bar, and escaped with his vehicle. There was the targeted killing of an IDF army general and resident of the Jordan Valley just last year, not to mention the vandalism and theft that takes place regularly.

The security situation can be unnerving at times, but Shulamit knows that if she were not there, the situation would be a lot more complicated for Israel. The Jordan Valley acts as a buffer zone. People need to live here to maintain the country’s security. The fact that the sovereignty of the Jordan Valley has been up for debate recently is of great concern. “We will not relax until the Jordan Valley is legally incorporated into the State of Israel. Politicians will keep on talking, and we’ll keep on growing.”

Another issue of great concern for the people of the Jordan Valley is the Boycott Divestments and Sanctions (BDS) Movement. All agricultural produce from the Jordan Valley is exported. Shulamit believes that the best response to BDS is for friends of Israel around the world to demand Israeli products such as Jordan Valley Mejoul dates from their local supermarkets. Invoking the principle of supply and demand, Shulamit maintains that “If people want to buy, the vendors will sell.”

To learn more about Shulamit’s community, click here for A Visit with Shmuel in Shadmot Mechola. 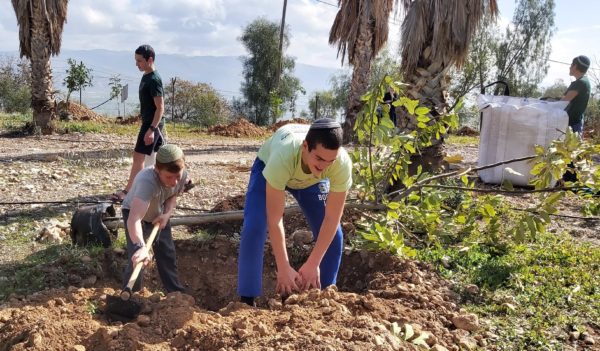 The youth of Shadmot Mechola are digging into the soil, with your help, they will create a space all their own to hang out

Since the weather in the Jordan Valley is dry and pleasant through the entire school year, the teenagers of Shadmot Mechola practically live outdoors during those months, often wandering off to remote areas. But given the precarious security situation in the hills surrounding Shadmot Mechola, there is an urgent need to provide the youth with safe places to congregate and enjoy cool evenings within the community. You can keep these teens safe and engaged in a productive project that will help them discover the joy of creation. You can give them the gift of connection — to the Land of Israel! 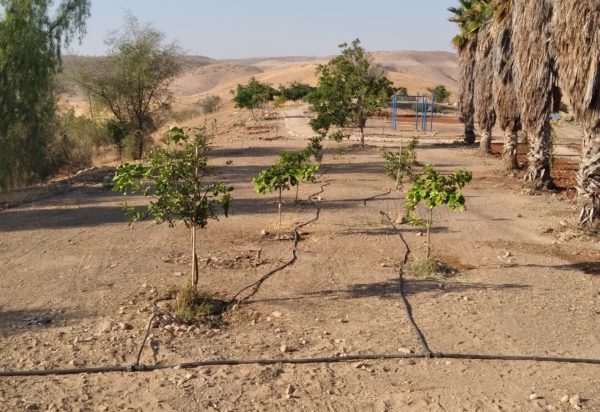 Your help, faith, and the teens hard work can make the desert bloom in Shadmot Mechola