Shoshana Bloch: From the Valley to the Judean Mountains

Growing up in Los Angele’s San Fernando Valley would broadly categorize Shoshana as a Valley Girl. But that term, a cultural stereotype of youth focused on affluence, materialism, fashion, and beauty, stands in stark contrast to Shoshana Bloch. So how did an American young woman from LA turn into a pioneer living in an isolated, rugged community in the Hebron Hills? Obedience to God.

Shoshana’s upbringing clearly cultivated a strong connection to Israel. She grew up in a religious Zionist home, attended a Jewish school and participated in a Religious Zionist youth group. But like many American Jews, her parents could not extricate themselves from the comfortable life in the USA and never considered moving to Israel themselves. Shoshana recalls that Aliyah (moving to Israel) was always at the back of her mind, but it was very abstract. But when Shoshana’s older sister went to study in Israel for a gap year after high school and then decided to stay, the option of moving to Israel suddenly became more tangible for Shoshana.

Following in her sister’s footsteps, Shoshana enrolled at the Bible academy her sister had attended, but remained ambivalent as to whether she was going to stay in Israel. She even secured a position at a college in Los Angeles for the year following her gap year before leaving for Israel. But only two weeks after arriving in Israel, Shoshana felt at home. What cemented her resolve to stay was her discovery that it was a Biblical commandment to inherit the land God had given her forefathers, Abraham, Isaac and Jacob. She recalls: “It was the love of the Land that made me want to make Aliyah, but it was the commandment that sealed the deal.” And it was the commandment that gave her the grit to withstand whatever hardship came her way. Shoshana’s parents tried to persuade her to return to the USA, at least for college and even dangled the promise of a car, but Shoshana was resolute, submitting her application for Israeli citizenship within weeks of her arrival. 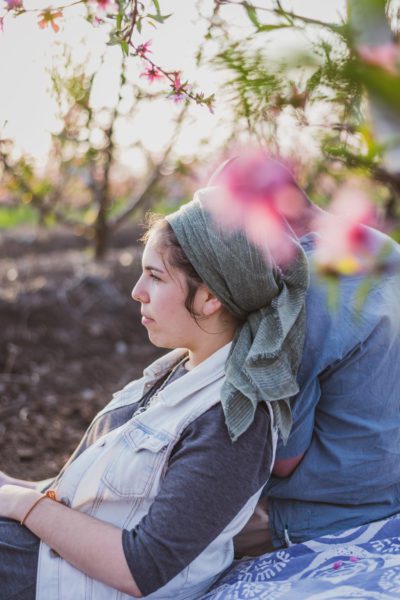 Easily integrating into Israeli society, Shoshana volunteered at a preschool for children from at-risk families, where she learned Hebrew from the children, developed friendships with her Israeli roommates, and studied photography at a Jerusalem college. She met her husband Yaakov right before COVID hit. They had gone on five dates but had to continue “dating” on Zoom when Israel shut down. They decided to get married a few short months later. Committed to growing Jewish presence in isolated areas, the young couple embarked on an extensive search for the perfect community, traveling from north to south, stopping for a few days at different farms and small communities along the way. In Avigayil, a tiny, isolated community in the desolate Hebron Hills, they met a welcoming group of like-minded idealistic people, who lived a simple life centered on settling the Land, and they knew they had found their home.

Life is not easy in Avigayil, an underdeveloped community with only fifty families living in a combination of permanent and temporary homes, with unpaved roads and primitive infrastructure. Power outages are frequent and basic community amenities, such as grocery stores and doctor’s offices, are a 45-minute drive away, requiring careful planning. But in Avigayil, as in most small communities, neighbors easily borrow from one another when they are short on supplies. Unfortunately, Avigayil is also surrounded by four hostile Arab villages, putting it under constant threat of terrorism and what they call “a tightening noose of illegal Arab construction around them.” But Shoshana has never sought the easy life. She expresses amazing fulfillment from following her divine destiny. 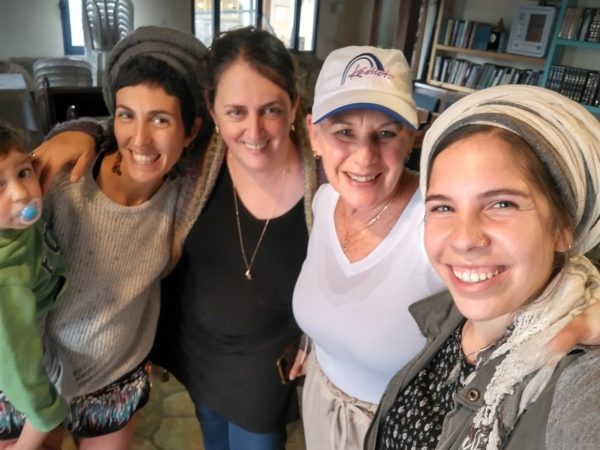 Shoshana is building her own photography business, while working as a graphic designer for a local organization geared toward helping small communities attract new families. She also shepherds the community’s herd of sheep and plants trees along the slopes surrounding Avigayil. In contrast to Shoshana’s childhood environment, in Avigayil the focus is idealism rather than materialism. Shoshana is proud of her choices: “We live a simple lifestyle, and people work to support their families, not chasing money and careers.”

Shoshana expresses deep gratitude to CFOIC Heartland donors for their generous support of the local youth center and emergency center. Her message to Christians around the world is simple but profound: “Israel is our homeland – we have a history in the area, we belong here and we are not going anywhere.”