Shmuel Junger didn’t know it at first, but looking back, it’s clear that living in Samaria was always God’s plan for him. Today Shmuel lives with his wife and four children in Zufim, a community in Western Samaria, but his journey there was long and winding.

Shmuel was raised in the coastal city of Netanya, the son of a proud religious Zionist family. Upon graduation from high school, he enrolled in a pre-military Bible Study program in Maale Ephraim, a community in the Jordan Valley.

“That was where I first got acquainted with the Jordan Valley, and with Samaria,” says Shmuel. “I would travel from my home in Netanya to school in Maale Ephraim by bus, and the route took me all over Samaria. I really got to know the communities in the area.” This first glimpse into the rolling Samaria landscape and the isolated Samaria communities kindled something in Shmuel. 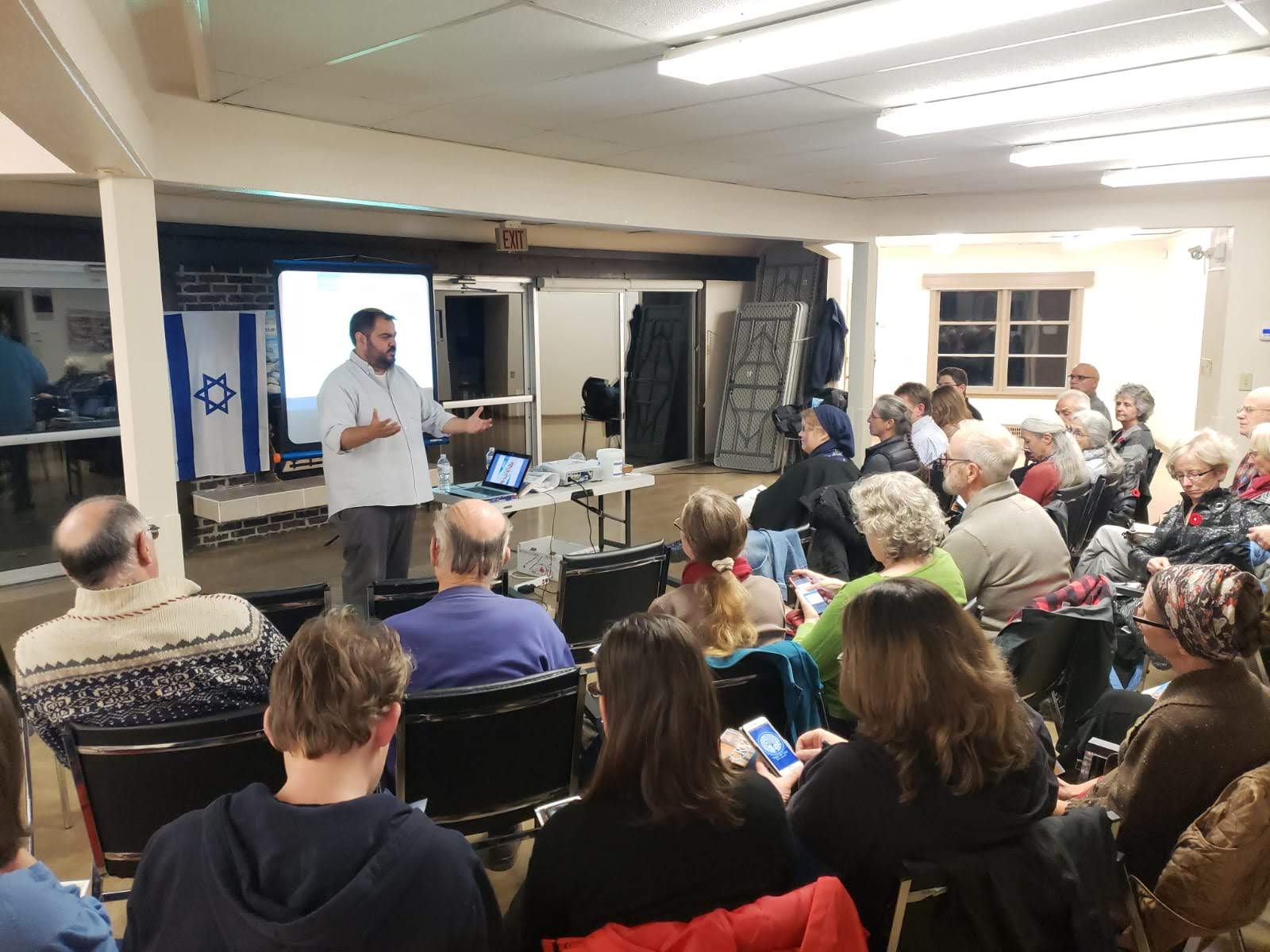 After a year and a half in the Bible Study Program, Shmuel was drafted into the Israel Defense Forces and served in a combat intelligence unit. “I served all over Judea and Samaria. Seriously – all over,” he emphasizes. “I was like a living map. Because of my time in Maale Ephraim, I had spent so much time traveling in the area. I knew the communities, I knew the villages, I knew everybody.”

When asked about his army service, Shmuel responds, “I can’t go into detail, but I served from the top of Jenin all the way down to Bethlehem. There were so many military operations that I was involved in, day in and day out, and I learned the Jewish communities and Arab villages inside-out. I was everywhere.” He continues: “My unit in the IDF specialized in Judea and Samaria, so I had a unique insider’s look at the region.”

At the end of his army service, Shmuel returned to the Bible Study Program in Maale Ephraim for three months, then transferred to the Eli Yeshiva, located near Shiloh. Over the next six years, Shmuel split his time between studying Bible in Samaria and studying for his law degree at a college just west of Samaria. In between, he married Michal.

All in all, it was ten years of living in Samaria, from the age of 18 to the age of 28. Shmuel was entranced. But there was one thing that God had in store for Shmuel and Michal before they could settle permanently in Samaria: Hong Kong.

“My wife and I were lucky to be educated here in Israel, to live in the land where the Bible took place, to really experience our Jewish education in a special way,” says Shmuel. Michal’s dream was to be able to share that experience with others outside of Israel, and since both Shmuel and Michal were certified teachers, it was natural for them to share that special Israel experience through education. That’s when the small Jewish community of Hong Kong reached out. “A week later we had our contracts, and by the start of the school year we were in Hong Kong.”

They went as a young married couple, planning to stay for one year. “We left four years later, with three kids and many, many good memories.” They spent those years teaching Bible to the Jewish community of Hong Kong and they were a dynamic duo. The experience was unforgettable. But after four years away, Israel was calling them home. 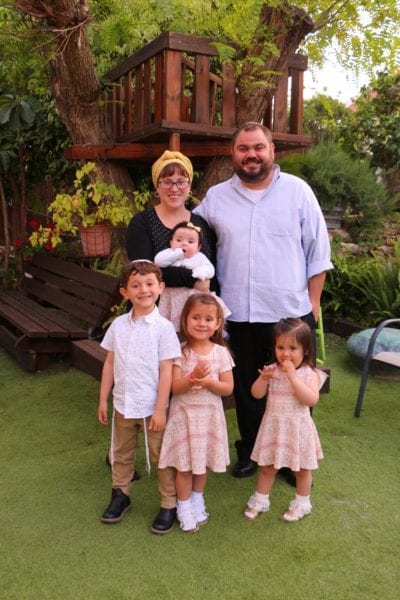 There was no question – they were headed to Samaria. In addition to Shmuel’s own connection with the Biblical Heartland, his wife Michal had her own special connection to the area. “My wife is a third generation Samaria resident,” says Shmuel. “Her grandmother left the Tel Aviv area to establish one of the first Samaria communities after the Six Day War, Kedumim, and her mother Yael was born and raised there.” Later, Yael helped to establish the community of Zufim. Michal’s family history is so deeply intertwined with the history of the modern settlement movement that “the decision for us to live here was very natural. And now my kids are our family’s fourth generation in Samaria.”

Shmuel burns the midnight oil, keeping in touch with CFOIC supporters and friends, speaking to them by phone even as they are time zones away from Israel. “Historically, Jews and Christians had so many issues. The fact that we can now sit and talk together is something my ancestors could never dream of doing. We are building bridges at CFOIC, and being a part of that bridge is amazing. Living here in Samaria, understanding that every day I am fulfilling prophecy just by being here, and then getting to teach and share that with others? It’s a privilege. A real privilege.”

If you would like to speak with Shmuel and get to know him better, send him an email at: shmuel@cfoic.com and he will be sure to get back to you.