Reflections on the News

When we made Aliyah, moving to Israel 25 years ago, we arrived at the airport to family we barely knew jumping up and down in excitement and welcoming signs and Israeli flags.  We squeezed ourselves into their vans and started on our way to our new home, Karnei Shomron.  After fielding the barrage of questions about our emotional leave-taking from America and our flight, conversation turned to politics and I automatically assumed that my nieces and nephews would immediately tune out and choose to talk with their cousins, my kids.  But very soon I realized that in Israel, the news interests everyone.

My twelve year old nephew started bemoaning Yitzchak Rabin’s victory which put Israeli’s Labor Party in power. I saw he was truly worried about Rabin’s promise to pursue Peace Talks with the PLO.  Not only was he truly worried, he truly knew what he was talking about! A niece of mine piped up from the back seat to tell about another rock throwing incident on the road that she read about on the internet, and said sadly that the Intifada is gaining force every day.

I was a little stunned.  In America I was never one to pore over the daily newspapers to 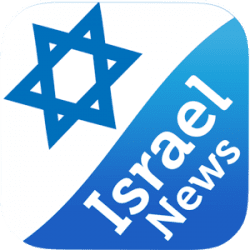 keep up with what’s going on in the world. At best, I leafed through the Arts and Leisure section and tried my hand at the crossword puzzle. Maybe because news in the U.S. was very often less intense.  It was sometimes laughable when I would hear the first headline! No news!  Here, in Israel, unfortunately, there’s always news, and it’s never about a new panda being born in the zoo.

I see now with my own children, that news is very much a part of our lives.  They live the news. When the government was threatening to give away Gush Katif, my daughters LIVED the news, making their way to a community in Gaza, being some of the last people to be pulled from the synagogue as the army took over.  When scenes of the Expulsion were shown on the news, we knew, personally, dozens of the tragically sad faces we saw on the screen.  The same goes for the rallies that get organized in the country to protest what’s going on… we see our neighbors, our friends, our teachers and rabbis, right there on the news.

And when elections come along, even the youngest children not only spout campaign jingles by heart, but they can tell you about the candidates—who we’re rooting for and why we don’t want “the other guy”. Politics is not separate from our world.

The news creeps into our lives at all times.  When I turn on the news on T.V. or check the internet news, I am thrilled when the most depressing part of the broadcast or the worst headline on the site, is the humid sweltering weather!  Sometimes it’s a busy day at work and I don’t check the news until late in the day, and when I go online, I breathe a sigh of relief when the first piece is something benign or even inane.

Everything in the news affects us… from garbage strikes which will make our streets unbearable to decisions in the Department of Education of whether to lower the price for after-school programs for young children; from whether the government will thaw the building freeze in Eastern Jerusalem to how many French immigrants arrived on the last El-Al flight.

We are the news.  One daughter wants to know if she will be able to afford the after-school program for her 3 year old; my other daughter stayed up late to welcome those French immigrants who are moving into her neighborhood!

It’s hard to know when to limit the news in my home.  At times, when my boys were younger, they would be happily playing Legos on the floor in the den with some sweet children’s program playing in the background.  And then, programming would be brought to a halt and a headline would stream across the bottom of the TV screen, announcing a terror attack that just occurred.  Soon, that horribly familiar map shows up on the screen with a red bull’s eye around the city/ neighborhood/ street under attack.  How long should I keep the TV on? Are the kids able to ignore what’s in front of them? I hate to think that they have become so accustomed to their programs being interrupted, so numb to the picture that replaces their fun, that they simply return to their game. Should I turn off the TV before a reporter races to the scene and pictures start trickling in, of wounded and ambulances and shell-shocked faces and sheet-covered bodies?

Does it help ANYONE that I keep watching, that I feel the need to sit and watch the details, over and over again, even when nothing new is offered?

Journalism in this country runs the gamut from extreme left to extreme right, from fanatically religious to proudly secular.  Everyone chooses which newspapers to bring into their home and they choose which news internet sites they set as their homepage, based on their beliefs, political and religious slant.  I often check to see what people unlike me are saying, thinking and feeling, and sometimes it makes my blood boil with outrage and frustration, and sometimes it’s just plain interesting to see how many different kind of people and opinions can populate one small country! I love editorials that say just what I want to say (but say it better) and I don’t even mind the futility of reading and listening to things which seem to be preaching to the choir.  It makes me feel not so alone.  It’s great to hear what I believe.  Sort of like when you at CFOIC Heartland come to visit.  You believe what we believe.   And I never grow tired of hearing it.

Not everything in the news is intense and/or life-threatening. Some of it is actually charming.  I love the fact that the weatherman will say, “Thank G-d there will be rain this week and let’s pray that the Kinneret will fill up a bit.  The news is ours.  The country is ours.

It’s not unusual, in the middle of a family car trip, or even driving to work with a car full of strangers catching a ride, for conversation to stop and music on headphones to be muted so the radio can be turned up on the hour and half hour, to hear the news bulletins.  Even on public busses, the driver knows to raise the volume of the radio so all his passengers can catch the news.

There’s a wonderfully bittersweet/ sometimes heartbreaking children’s song that I learned when my kids were in kindergarten.  It sums up so many of our feelings of news in this ever volatile, ever wonderful country of ours.  I translate the lyrics here:

It’s not so simple being a child here.

To hear the news every half an hour.

To know that somewhere out there

Another mother is praying…

The clock ticks on as tears fall.

It’s not so simple being a child here.

To study in school about the wars.

It’s not so simple but-

But as I look up at the pale blue skies,

I know that here is the only place

I want to live.