Reflections on Getting Married

From the time Jewish children are young, it is instilled in them, through their parents, their teachers, their spiritual leaders, that one of the highest forms of service to G-d is getting married and having children. In the beginning of the Bible, when G-d finishes his miraculous Creation, He looks upon his beautiful world and finds it lacking. “And the Lord G-d said, it is not good that the man should be alone: I will make him a help to match him.” (Genesis 2:18) Man needs woman. 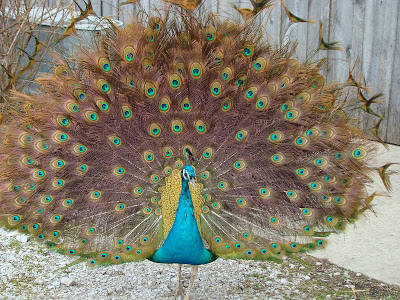 And it is no wonder that the very first commandment in the Bible—the basis of our very existence — is “Be fruitful and multiply, replenish the earth.” (Genesis 1:28) And after the Great Flood, when most of the world’s population was erased, G-d reiterates the directive to Noah, to have children.

Later on, all three forefathers of the Jewish people are promised the land of Israel by G-d and that the nation of Israel will procreate and flourish and fill the land. “Count the stars, if thou be able to number them: So shall thy seed be.” (Abraham- Genesis 15:5) “I will multiply thy seed as the stars of heaven.” (Isaac- Genesis 26:4) “Thy seed shall be as the dust of the earth.” (Jacob- Genesis 28: 13-14) Children are clearly a blessing.

Getting married. Having children. Establishing a family and a home with a foundation of faith…with spirituality and strength. The ultimate Jewish dream.

But it’s not easy. Choosing a spouse—the person who will look at you across the flickering Shabbat candles as your children share insights on Bible passages that they learned in school. Finding a mate. Sometimes it doesn’t just happen, and as young Jewish adults get older they look for ways to find their mates. And in the religious crowd, these young men and women search for “kosher” settings to meet and mingle with the opposite sex—in a way that follows their desires to abide by laws of modesty. They won’t go to singles’ bars or discotheques with silly pick-up lines. They won’t check each other out at the beach. The most popular method is “set-ups” by friends who play matchmaker for each other.

A group of women from my community of Karnei Shomron decided to provide some singles with a wonderful opportunity to meet. We arranged a whole weekend in our neighborhood—complete with three catered Shabbat meals, ice breaker activities and discussion workshops. We publicized our Shabbat through different connections we had made through the years and our target age group was 30- 40 year old men and women.

Sixty of them registered. Sixty men and women showed up in Karnei Shomron for a Singles’ Weekend. Sixty hopeful young adults who were looking for something very specific. I’m not saying that some of the men didn’t prefer blond, blue-eyed beauties. I’m not saying that some women didn’t at first avoid those with thinning hair. But what they all had in common was a focus on Jewish values. I spent a lot of time with them on Shabbat and noticed the singles taking note favorably of those who joined the singing of the traditional Shabbat meal songs and those who came to prayer services.

The whole weekend had a Jewish flavor. The workshop in the afternoon, officiated over by a social worker in the neighborhood, used verses from different tractates from the Talmud talking of relationships between couples, to encourage dialogue between the men and women, to allow them the chance to see each other in the challenging light of religious, learned discussion, and to offer them an opportunity to talk about what is most dear to their hearts—the Jewish, G-d-fearing family unit. Even the walking tour we offered around our beautiful community, graciously led by Sondra Baras, gave an opening for the singles to discuss another angle of their Jewish identity—their connection to the land. Gazing at 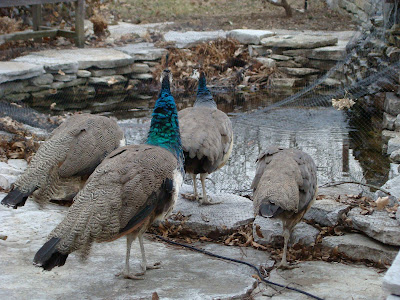 the beautiful hills of Samaria was not just entertainment—it was a chance to converse with each other and find yet another point of contact—the love for Israel and the common commitment to live here and settle G-d’s land. It was a joy to observe their quiet contemplation of the view and know that everyone standing there was picturing building a home and a life with someone who shared a love for the land. It was especially moving because a substantial number of the people had made aliyah—moved to Israel from different corners of the world—and the ideal of building a home and family in G-d’s land connected and moved them all.

There was a special mood at the last Shabbat meal. One of the organizers, Shana, a friend of mine, stood up to speak. She was not used to standing in front of an audience but felt she had something important to say. Shana started off explaining that years ago, she, too, found herself at a singles’ weekend in Israel. She was at a point in her life that she was growing in her faith but was, as yet, relatively without much knowledge. She had

recently moved to Israel from England and had a degree in law. She knew what she wanted: someone Ashkenazi, someone academic and educated. By the end of that Shabbat she had met her future husband– a Sephardic, strictly observant Israeli who worked as a gardener! Everyone burst out laughing. But, she insisted, she had gotten everything that was important. Her husband sets aside time to learn the Scriptures every day, he is wise in the following of G-d’s laws, and together they are raising a family of four (going on five) children in G-d’s path. Shana begged them to be open to each other.

It wasn’t a loud Shabbat. There was no dancing, no rowdy drinking, no wild jeep rides. With all the laughs, the sweet stolen glances, the sitting around eating, there was a steady undercurrent of seriousness. There is a Hebrew word “Tachles” which means purpose. And these men and women were there for a purpose. To seek a successful relationship and to find their soul mates. We gave out papers and pens after the Separation Services signaled the end of Shabbat, hoping some of the men and women would want to stay in touch. We offered our help in connecting the shyer ones who wanted our matchmaking assistance. And we all know that everyone has his or her Heavenly preordained spouse— their destiny— who will complement them. May they all find their soul mates and stand under the Jewish wedding canopy as brides and grooms, soon.