People in My Neighborhood: Meet Deborah

She always looks just right with her perfect poise, her slim figure, her coordinated hat, shoes and clothing.  She walks into our synagogue, her almost regal stature tempered by her warm smile and that special sparkle in the eye, as she greets everyone. Truth is, even when she’s dressed in a denim skirt and a t-shirt, she carries herself like the true lady she is. 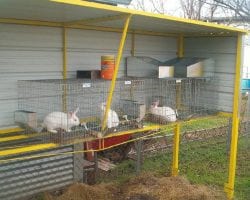 Sounds like the perfect person to have daughters, yet Deborah and her husband Jacob are parents to seven sons! Seven boys, from the ages of 8- 25.  Her household is undeniably lively but she never seems to mind the natural mess and noise.  On the contrary! Deborah happily and generously encourages her sons to be real boys.  The tree outside her front door is always home to another creatively built tree house and her yard is filled with homemade cages and pens for that season’s rabbits, chickens and ducks.  One of her sons even bought a horse and he rides it and houses it in the neighborhood.

When my daughter Atara was five years old, she would go every Friday morning before kindergarten to Deborah for Speech lessons.  I would then pick her up an hour later and take her to school.  One Friday, at 10:00 in the morning, I get a phone call from Deborah. “Have you forgotten something?” she laughed. I was mortified that I had forgotten Atara there and asked Deborah why she didn’t call me an hour earlier when the lesson was done.  She answered sweetly, “It was so much fun to have a girl around. My dough had risen and she helped me braid the Challah loaves for Shabbat!”

You would never know Deborah had any problems in her life, but her third son is autistic. As a little boy, his symptoms were milder, the fact that he was young served to mask the severity of his illness; he basically seemed to act inappropriately for his age.  But as he got older—and larger—his symptoms intensified and when he would act out, he sometimes got violent. Deborah was always looking for the right program for him, researching determinedly the options available. Ironically, Deborah’s degrees are in Special Education and she is the ultimate professional, an expert in her field.  She found excellent group homes for Isaac as he grew, but since the programs were not religiously affiliated, she would bring him home every Shabbat, even though it meant giving up on her getting to go to synagogue services or enjoying a calm Shabbat meal with the family and guests.  Her other kids were taught from day one that Isaac is part of the family and his needs will never be neglected.  The little ones would be taken to visit Isaac regularly and showed him tremendous love and respect, even as their level surpassed their older brother.  The older siblings, as they got older, would be on rotation to drive to his school and visit.  Isaac was visited by a family member every day.  There was NEVER a sign that anyone—anyone—in the family was embarrassed or inconvenienced by their brother.  And that is all due to Deborah’s attitude.

When she realized she needed a more full time program for him, Deborah patiently and tirelessly worked through mind-numbing bureaucracy, dealing with dense clerical workers and despairing parents of other special-needs children, in order to establish a supported group home for young, religiously observant men.  There were days and nights of phone calls, form filling, and always heartening and encouraging other families that it would actually come to pass.  And it did.  With Deborah, even her own personal and family needs become community needs, as she embraces each project as a chance for everyone around her to share her loving-kindness. Isaac was always an intrinsic part of Karnei Shomron, teenage boys and girls volunteering to entertain him with games or on walks, during the week or on long Shabbat afternoons. 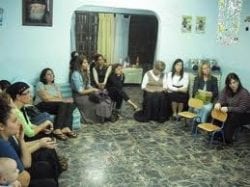 Deborah always brings goodness into the community. Just recently, she and a few other mothers in Karnei Shomron started an organization called “Parents for Parents.”   It is a support group for families with children with special needs… anything from Down syndrome to visual impairment to cerebral palsy to learning disabilities.  They get together to act, to do, to talk, to brainstorm, and share experiences and offer ideas.  They also involve the whole community.  This past summer was beautiful to see.  The youth and grownups from the neighborhood planned baking workshops, puppet shows, musical activities… sharing their talents with the local children with special needs. Everyone walked away, better for the experience.

Deborah is known for her charitable deeds.  When her good friend and neighbor Chaim died, Deborah came up with a beautifully appropriate way to commemorate his memory. Chaim was always involved in Torah study and always supported the youth of Karnei Shomron.  So Deborah started a weekly Shabbat program for the teenagers of the 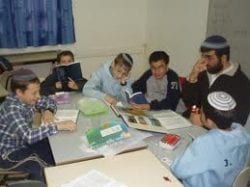 community. Every Friday night, after families finish their Shabbat meals, every age group congregates at a different friend’s home where a parent or an older sibling gives a short class on the Torah Portion of the Week and then the kids sit around, eating snacks and talking.  Even though this program has been going on for more than a decade (!), Deborah remains actively involved.  She is the one who makes the phone calls; she arranges the lists of host homes for each age group; and then she publicizes it in the schools and synagogues. And she remains as enthusiastic as the day the idea occurred to her!  When she heard that the Shabbat program helped my son Netanel’s age group become more connected and friendly with each other, she was sincerely happy for them and considered it a privilege to have been a part of the success.

Another one of her pet projects focuses on the holiday of Pentecost.  One of the main traditions of this festival, which celebrates the Giving of the Torah on Mount Sinai, is to study Bible all night long! Our local Religious Council and each Karnei Shomron synagogue arrange classes and lectures for men and women, all over the neighborhood.  Deborah, of course, volunteered to make sure that the children, too, have some structured Torah lessons for the night.  She begins working on the program weeks before the holiday, getting lists of every age group, from kindergarten through high school and starts phoning homes, looking for people who will house the study groups and give a class for their child and their child’s friends.  She is incredibly successful and it may be partly due to the fact that since she acts so selflessly, it’s hard to say no to her steadfast charm!  It’s an absolute joy, on Pentecost Eve, to walk through the darkened streets at 10, 11, even 12:00 at night and see children checking their schedules and going off to their Bible classes.

Another of Deborah’s good deeds that involves the community is her Food Trays project. This project involves so many segments of our population that it sometimes seems as if the value of involving so many people is as important as the good deed itself!

It began years ago, when Deborah was made aware of her less fortunate neighbors, who have no support system and she decided she wanted to help.  So she called the local Social Services department and explained what she wanted to do.  She received a list of elderly shut-ins and poor families who live in Karnei Shomron, who simply don’t have the wherewithal to eat a daily hot meal.  She then invested in a stock of tinfoil TV-dinner-type trays, found a list of the local fifth grade boys, and got started.  She sent the boys out, each pair getting a different street of the neighborhood.  They knocked on doors, giving out the disposable trays, explaining they’d be back in a week.  Each household was meant to fill the tray with a full meal.  I often take out my Shabbat leftovers and fill the sections, with perhaps a piece or two of chicken, some broccoli cauliflower soufflé and that week’s potato dish. I seal it and put it in the freezer, waiting for the boys to come by and collect it.  All the trays get brought back to the middle of Deborah’s meticulously kept living room, where she herself, of course, congratulates the boys on their diligence and then organizes the mini meals into weekly dinner packages for each family. She then coordinates grown up drivers to deliver the meals to the needy families.

Last year she thought of a way to involve even more people in her good work and offered the local high school yeshiva boys the chance to be the ones to come along for the ride and bring the meals to the doors of the people. This has been going on for years and a few of my kids have had their turn in the tray pick ups and I have had the chance to be the driver. Elitzur knows that next year he has the chance to help and he can’t wait for the privilege! Deborah gets everyone involved- the cooks, the collectors, the drivers and the deliverers– and she herself has remained involved and enthusiastic through the years.

The other day I saw an advertisement on our local internal e-mail listing.  It was promoting new Torah classes in memory of a local young boy who was killed this summer in a tragic bus accident.  I wasn’t surprised to see who had sent out the e-mail and who was organizing this new series.  It was Deborah.  That’s who she is.  We all have been thinking of this suffering family and wishing there was something we could do.  But Deborah sees something that needs doing and does it. And somehow she finds the time, despite her seven children, her own special-needs child, her own job as a special-ed professional, and the host of volunteer projects she is already committed to.  Deborah is an inspiration for us all and we are fortunate to have her in Karnei Shomron.