Your Guide to Biblical Israel 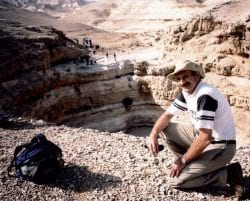 “I see the nation of Israel as leaders— leaders in fields like technology, agriculture, and medicine. Now I’m ready for the Jewish people to lead the world into an era of spirituality. I dream of the day when the State of Israel fulfills its Jewish destiny,  by being a light onto the nations.”