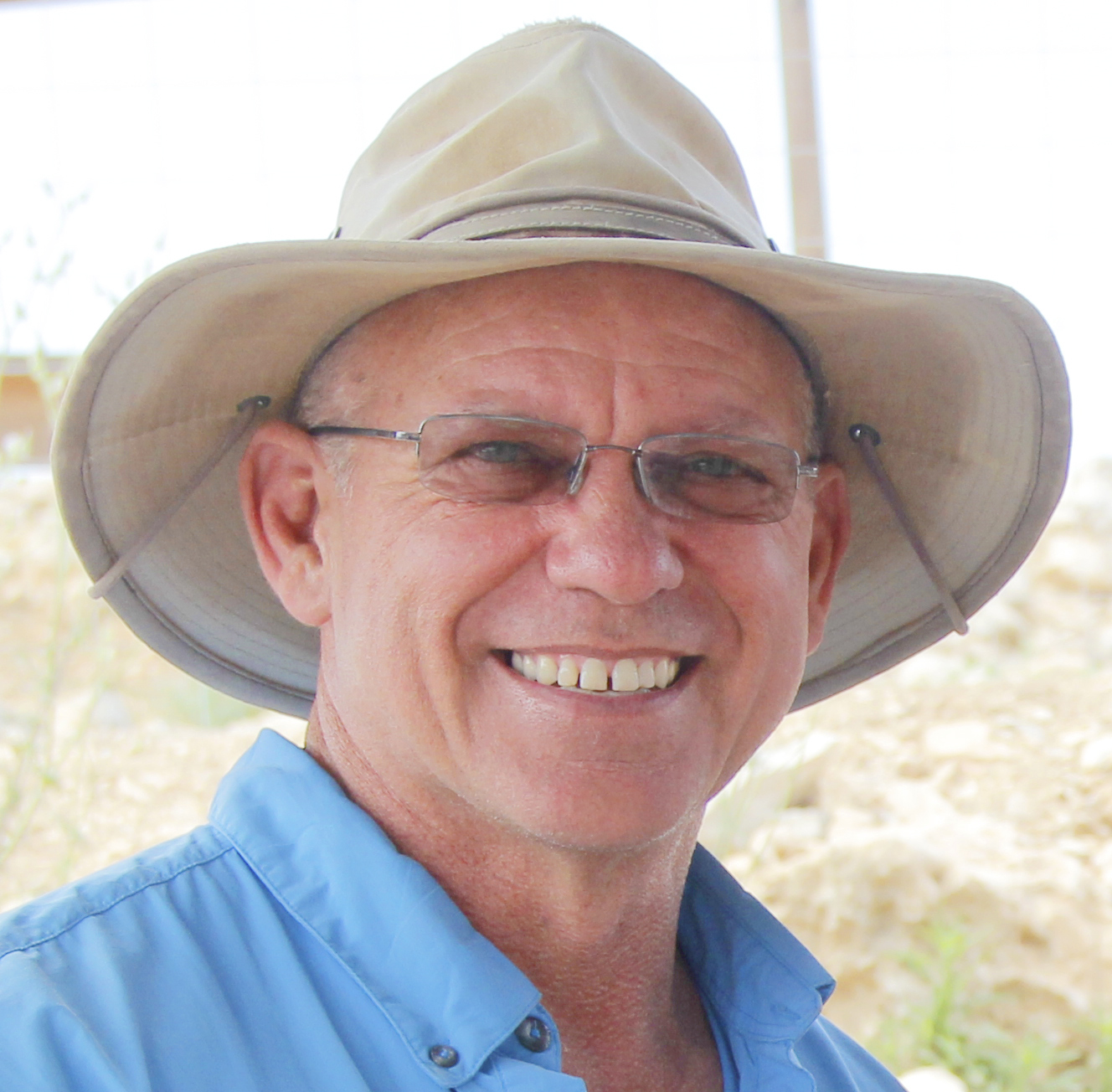 Very few of us are blessed to understand our calling from a young age, and even fewer get to live out that calling — but Dr. Scott Stripling is one of those lucky few. For as long as he could remember, even when he was a child, Scott knew that he would become an archaeologist. As a young man, he was a voracious Bible reader with a strong faith and a dream: to lead an archaeological dig in the Biblical Heartland of Israel. If only his young self could see him now!

Born and raised in Texas, USA, Scott has been dedicated to his faith and to Israel right from the get-go. In his mind, there was never a question about the inherent link between his Christianity and his Zionism, and archaeology was the natural link between the two. “As a Bible reader, I had this fascination with the background of the text,” says Scott. “I consumed everything I could get my hands on. When I was going through seminary, I took my first archaeology course, and that just threw fuel on the fire. It really became a passion. In the realm of archaeology, I thought that if I could let the text and the artifacts speak to each other, I could make a real contribution.”

Scott’s first visit to Israel was in 1994 as part of a seminary course, and it was as if his whole life had been a preparation for that trip. “The geography, the topography, the history, the Bible, the extra Biblical literature, the Rabbinic literature… everything I could consume, I did.” But he had not yet been to the Land of Israel itself. He was so excited that he didn’t sleep the entire plane ride over.

The experience changed something inside Scott. “I don’t know if I slept the whole time I was there,” Scott says seriously. He isn’t joking. “I was just connecting. It’s like the Bible had gone from 2D to 3D for me. I knew where to look and I knew what to look for, but now I was actually seeing it for myself.” Even with a packed itinerary, Scott couldn’t absorb Israel fast enough. Every site, every city, every place of significance was calling his name. “Every chance I got, I would sneak off by myself and go explore other places too.”

Archaeology was calling him during that fateful trip, but “only as a dream, an aspiration.” Scott had four young children at home the time, and he knew that it wasn’t the right time for him to begin jetting off regularly to Israel for digs. But the seed inside him had begun to grow, and Scott knew it. “I thought, I’m going to begin to prepare myself so that when the next season of my life comes, I’ll be ready for it.”

When that next season dawned, Scott was “zealous and ready and eager.” Even as he pursued graduate studies in archaeology, he started at the bottom rung as a volunteer at various digs, slowly working his way up through the ranks until he became a director of the largest dig team in Israel. And then came the opportunity of a lifetime: Scott and his team were given the chance to move to Shiloh, the final resting place of the Tabernacle. “It was very high-profile, a place of such Biblical importance,” says Scott. “I was just thrilled.” When he told his team, they were beside themselves with excitement. “Shiloh was a dream come true for us.”

Scott is unique because he synthesizes faith with discovery. He served as a pastor for over two decades but for the past 20 years his ministry work has found expression through archaeology. He is the Director of Excavations for the Associates for Biblical Research and head of the Archeological Institute at The Bible Seminary in Katy, Texas. The digging and processing of date from the Shiloh dig is intrinsically connected to his Biblical understanding of Shiloh. Joining faith and discovery is a daily experience at Shiloh as Scott’s team unearths Bible-era artifacts every single day.

“What we’ve uncovered is enormous,” says Scott. “We excavate about two thousand pieces of pottery every day, maybe ten or twenty coins every day.” Once the pieces are out of the ground, they must then be interpreted, and this is when Scott’s passion for the Bible shines. Just last summer, Scott’s team uncovered three horns from an altar at Shiloh, animal bones from sacrificial offerings, and ceramic pomegranates with tiny hooks on them, that would have adorned the hem of the priests’ robes. “We find, very consistently, exactly what we expect to find. It’s very logical. And while I can’t prove that those pomegranates hung on Eli’s robe, the text describes this and then we find the material culture that reflects those things.”

It was at a Bible Study at the Knesset where Scott first met Sondra Oster Baras, and the two instantly bonded over their mutual love of both the Bible and the Biblical Heartland of Judea and Samaria. Scott believes that the Heartland is one of the most important regions of the country. “There are so many untapped sites,” he says. “So many places where people are scared to begin digging because it’s not ‘politically correct,’ because they know it will prove that these areas really were settled by the Jews all those years ago. The critical information that we need is right there in Judea and Samaria, but we’re the only ones excavating there.”

There is still so much Biblical history in Judea and Samaria to uncover and bring to light, but Scott is far from discouraged. “It’s a sacred thing that we’re doing,” he says. “I often quote Psalm 102, which says, ‘Blessed are those who love your dust and cherish your stones.’ That’s how I feel about Shiloh, about Judea and Samaria. And while some people may think it’s just dirt, to me it’s all sacred soil.”