Often, over the course of our lives, we come to a crossroads, a turning point. For Jo-chin Wang, her first turning point came with the question: What is the meaning of my life?

This question was what first led Jo-chin Wang to reconnect with and revitalize her Christian faith. She had grown up as a Christian but had never really understood much about faith – in fact, she had never even read the Bible! But in 1999, when this question began to burn in her, Jo-chin began to look inward. Her quest for meaning led her to the Bible, and soon after, she returned to church. “I was searching — and then I started to understand. After reading the Bible, my faith became stronger.”

As Jo-chin’s faith expanded, pieces of her life began to fall into place with new, fresh context, and she began to recognize the times when God had led her towards a specific decision or path in life. Jo-chin and her husband were both Taiwanese diplomats; and in 2005, after twenty-nine years serving in Taiwan’s foreign service, “God called on me to retire,” says Jo-chin. “I didn’t know why, but I knew He had a greater plan for me.”

Instead of retreating into an uneventful retirement, Jo-chin attended religious seminary and received a master’s degree in Biblical Studies, all the while becoming progressively more fascinated with Israel. “Reading the Bible makes you love Israel,” says Jo-chin. She tried to organize trips and visits to Israel, but something always got in the way of her plans. After years of trying, she finally accepted that God was trying to tell her something – that it wasn’t the right time for her to go to Israel yet.

Jo-chin was teaching Bible classes at her church and ministry when, in 2014, Jo-chin’s husband was chosen as Taiwan’s Official Representative to Israel. “It was God who chose us,” says Jo-chin. “He wanted us to go to Israel at the right time. It was finally the right time.”

To Jo-chin, arriving in Israel felt “like a homecoming. I felt like I had come back home to my spiritual home.” A diplomat once again, Jo-chin’s work took her to many places throughout Israel; but it wasn’t until 2017, when she and her husband’s service was coming to an end, that she got her first glimpse of life in Judea and Samaria. Jochin participated in CFOIC Heartland’s annual Feast Tour, a day trip through some of the communities in Judea and Samaria during the Jewish festival of Succot (Feast of Tabernacles). Her entire perspective changed.

“I’d been to Judea and Samaria before, but more as a tourist,” Jo-chin explains. She had gone to Shiloh to see the archaeological digs and visited Hebron to see the ancient Cave of Machpela, but “to understand that area, you need to know the people and the communities, not just the tourist spots. And it was only in my last year in Israel that I started to know them and understand.” 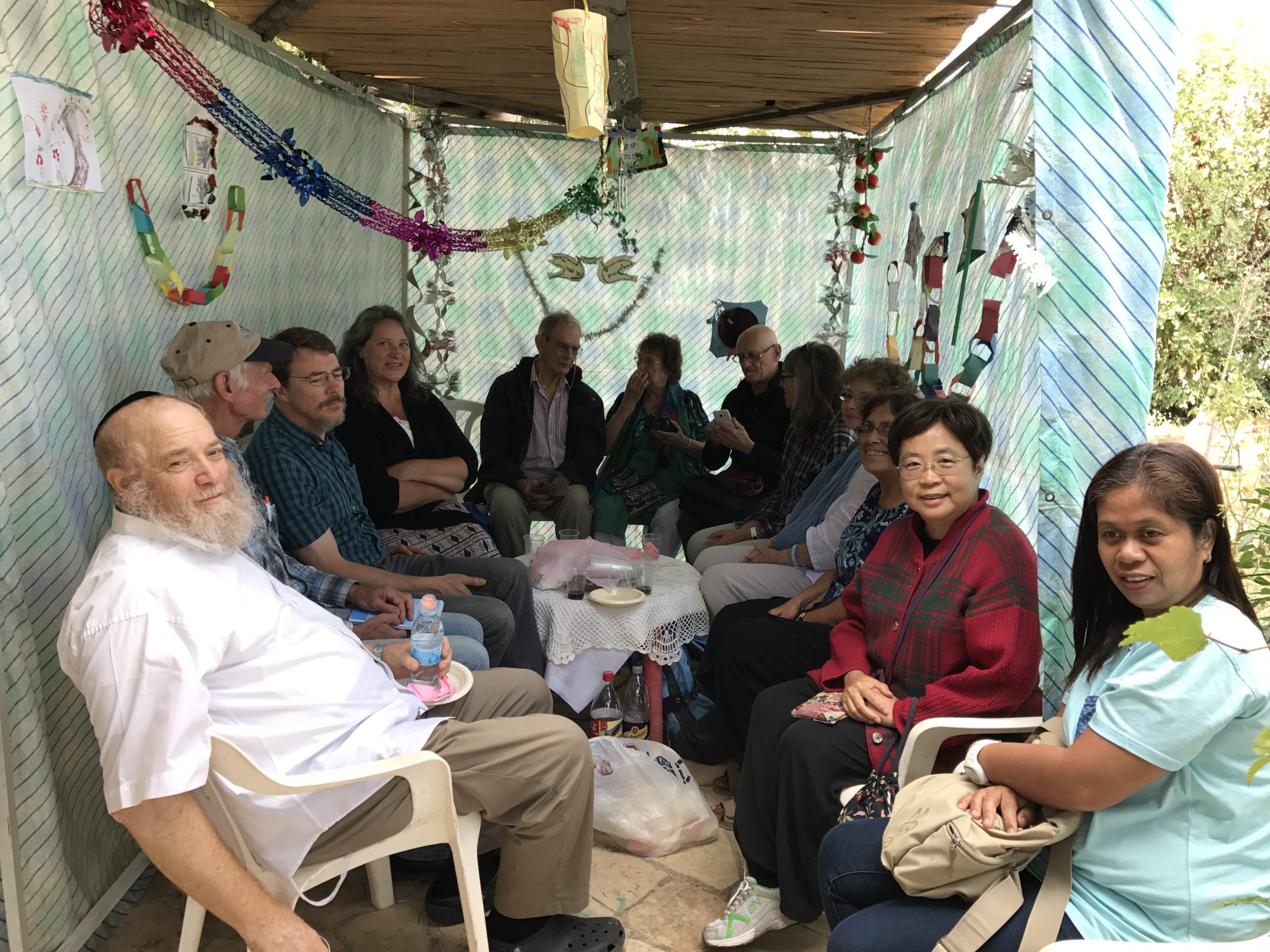 Jo-chin spent her last months in Israel in a whirlwind of activity. “I realized there was so much I didn’t know, and I needed to know!” With the help of CFOIC Heartland, Jo-chin organized tours into Judea and Samaria for the people in her local Israeli church, and even made plans for Sondra Oster Baras to speak at her church in Taiwan. Jo-chin was captivated by the magic of the Biblical Heartland, and she knew that God wanted her to share her love of Judea and Samaria with other Christians. Leaving Israel was difficult for her, but she was driven by her new mission: to spread the word about the Biblical Heartland.

Jo-chin is the director of the Israel Department at Faith Hope Love Holiness Church, but she is determined to spread the word about Israel all over Taiwan. “God trained me for four years in Israel, so if I only spoke in my own church it would be a pity. He gives me lots of opportunities to speak to others outside my church.” And indeed, today Jo-chin speaks at churches all across Taiwan, and always includes important teachings about Judea and Samaria.

At the crossroads of her life, Jo-chin wondered at her purpose in life. Now, years past that crossroads, she knows that God was leading her all along: to faith, to church, to the Bible, and then finally to Israel, to Judea and Samaria.

“In the Bible, it says fear not,” says Jo-chin, “and I really understand that. Fear not. You have God to rely on, and when He is with you, there is nothing to fear.”