The major story in Israel today is one that affects the Jewish communities in Judea and Samaria directly.  It is the story of the Ulpana neighborhood in Bet El, a relatively large community in the Benjamin region of Samaria.  Many years ago, the community of Bet El purchased land adjacent to the community from a local Arab.  They paid top dollar and then proceeded to plan and build apartments on this land.  The land had never been developed, was empty and barren and the new apartment buildings brought life to this piece of land for the first time in centuries. 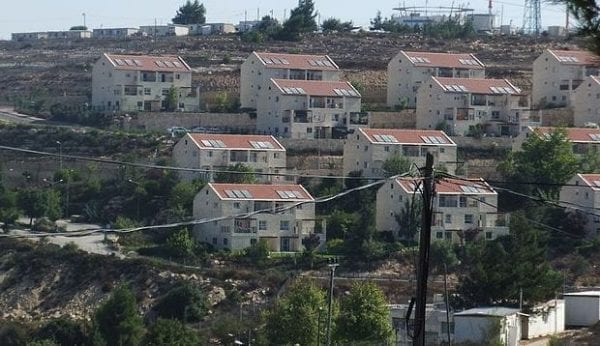 The apartments were approved by the Israeli government, they were sold to young families who received mortgages backed by the Israeli government and all seemed fine.  Until one day, radical left-wing activists examined the land deal and found an Arab who claimed that he was the true owner of the land and had never sold it.  He claimed that his cousin had fraudulently sold it to Bet El and that the sale had no validity.  Backed by leftist funding, he sued to have his claim to the land recognized.  In the meantime, radical organizations petitioned the Israeli Supreme Court and demanded that the land be evacuated and the buildings destroyed.

What followed is the most ludicrous part of the story.  The Government of Israel did not take the lawsuit seriously and no one in the government actually visited the area to determine what was involved.  It seems that many of the government ministers assumed the issue was a few mobile homes on a hilltop that could be easily moved if the land was, indeed, owned by an Arab.  The government’s attorney then assured the court that it was government policy not to build on private land and that it would evacuate the land.  On that basis, the court ruled that the homes had to be destroyed by the first of July.

Now, months later, after the issue has become a public controversy, the facts have come to light — the homes are apartment buildings with dozens of families living in them.  This is not a fly-by-night outpost settlement but a proper suburban neighborhood in a regular town.  Furthermore, there has not yet been a final determination by the district court as to who actually owns the land.  And yet, the Supreme Court has decided that the land must be evacuated and the buildings destroyed.

This situation has been in the news for weeks and when I first began following the story, I was confident that Prime Minister Netanyahu would find a simple way to solve the issue.  If, as seems clear, so much of the problem was caused by silly mistakes, those mistakes could be rectified.  And yet, as each day passes, the government seems to be moving further and further away from a resolution.  The Knesset will be voting on a law tomorrow that would effectively over-ride the Supreme Court decision and prevent the destruction of the homes.  And everyone agrees that if, indeed, it is proven that the land in fact does belong to an Arab, he should be compensated for his loss in the same way that any government compensates its citizens if it is obliged to seize private land.

What is totally unbelievable though is the fact that Netanyahu  is strong-arming his government ministers into voting against this law.  Many of the ministers have capitulated and have agreed to either vote against the law or abstain.  A few have declared that they will vote for the law even if it means losing their government positions.  These ministers are truly men and women of honor and conscience.

The issues are real and compelling and cry out for justice.  The Land of Israel belongs to the people of Israel.  While no one is in favor of stealing land from anyone, Arab or Jew, in this situation, it is clear that any government dealing with a similar situation on its sovereign land, would pay compensation to the owner of the land if, indeed his ownership claim was legitimate.  But no government would ever consider destroying beautiful homes and expelling families who purchased these homes in good faith.  It is a government which is unable or unwilling to assert sovereignty, to act on its moral and historical claim to this land that has become embroiled in such a terrible situation

But there is an additional issue, the human issue.  There are real people living in these homes.  People who worked hard and saved their pennies and their shekels until they had enough for a down payment on a house. They took out a mortgage, backed by the government, and bought an apartment.  They have children, they have lives.  They are patriotic.  They serve in the IDF, their children go to local schools, they work. They are productive citizens.  This is not how good people are treated.  No one should be made to feel that they could be forced from their homes at any moment.

Netanyahu is concerned that if he does not destroy these houses the international community will condemn Israel for its settlement activity even more than before.  He is concerned that if they skirt the Supreme Court’s decision, it will be seen as attacking a pillar of democracy – the rule of law.  Netanyahu lacks the courage to do what is right and the people of Bet El may suffer terribly as a result.  Moreover, this situation is seen as a test.  There are hundreds of similar lawsuits in the works and the destruction of these homes may well create a domino effect.  Hundreds of families in Judea and Samaria may soon face similar threats.

I am not advocating anything that would destroy democracy or that would threaten the value that should be attached to the rule of law.  But law is not inherently perfect.  Laws are man-made and are therefore fallible.  Ultimately though, law is about seeking justice.  And sometimes, the law falls short of justice.  Many centuries ago, the ancient courts of England created a parallel system to law which they called equity.  It enabled injured parties to find relief in the courts when the law could not help them.  And the principles of that system are with us to this very day.