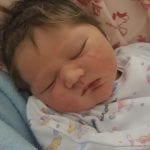 given birth to an adorable baby girl.  While she is on maternity leave, my neighbor and old friend Shira Schwartz will be writing some of our emails.  For those of you who have been with us for a few years, you may remember Shira from when she was my assistant.  We are thrilled to have her back with us, even if only for a few months.  Welcome back Shira!

I wish you could have been here!  To share with us two days which were a roller coaster of emotions.  First we had Israel’s Memorial Day for Fallen Soldiers and Victims of Terror. The day commemorates the country’s heroes– those who fell in the battlefields of our endlessly long list of wars, and those who died because they were walking on the wrong street, riding the wrong bus, guarding the wrong mall, standing outside the wrong pizza parlor, when a terrorist decided to strike out and destroy.  It’s a very difficult day.

And then night fell, and Israel’s Independence Day began.  No chance to change moods, to

recuperate, to find the strength to celebrate.  But celebrate we did! In Karnei Shomron everyone gathered outside the Community Center, dressed festively in blue and white, the colors of our dear flag.  Standing under the night stars, the ceremony began.  The prayer service is simple and moving, focusing on our deep gratitude for the miracle which is a state of our own.  It ends with a thank you… Psalm 126… and the blowing of the shofar, the ram’s horn, sending chills through everyone there.

Then chairs are pushed aside and the dancing begins! Music blasts joyously from the speakers and everyone joins hands, making dizzying circles of jubilation, our hearts filled with the fullness of the moment, our bodies answering the need to rejoice.

We seat ourselves at the open-air theater, sweaty and sated. The home-grown production

that night, as far as I’m concerned, was better than a Broadway show.   Every single person on stage was from our community.  Groups of adorable kindergarteners streamed onto the stage, their faces beaming in the strong lights, singing their little hearts out as they carefully danced the steps of the Hora.  Dozens upon dozens of teens from all the local youth groups marched proudly on stage, waving Israeli flags in breathtaking forms.  Grownups, ranging from young women with sweet pregnant bellies to gray bearded grandpas stood near microphones, belting out Israeli songs written back during the establishment of the State. Interspersed with all the dancing and singing were comedy skits highlighting, with charming honesty, the foibles of our people, of our history.

And everyone in the audience knew almost everyone on stage.  These were our children,

our grandchildren, our children’s teachers and rabbis, our storekeepers, our security personnel, the people who babysit our kids and coach the basketball team. This was a community effort and a labor of love. By the finale, there were 300 people on stage… all our own.  As the last song ended, the fireworks began, and all the beautiful faces, on stage and in the audience, lifted their gazes to the sky, the sparkling lights illuminating the faces, so filled with hope and thanks.

Everyone fell into bed that night with a satisfying, exhilarating exhaustion, waking up to an anticipation of more.  Yom HaAtzmaut is a day that all work places and all schools in Israel are closed. Everyone is on vacation!  Karnei Shomron had planned for a glorious day! There was a carnival atmosphere with food booths selling cotton candy, corn-on-the-cob and hot dogs, and inflatable bounce castles and trampolines dotted the courtyards.

But the highlight of the day was the IDF Army Park set up for all to enjoy.  A dozen army

tanks, tractors, ambulances, emergency vehicles filled the area and everyone was welcome to climb on board. Families gathered around tables of authentic weapons and camouflage netting, kids thrilling to the feel of actual army guns in their hands.  Trained dogs from the Oketz Unit of the army patiently allowed little kids to pet their brave large muzzled heads.  I was there with my kids and grandchildren and while they enjoyed the activities, I was busy drooling at the loads of gorgeous young soldiers milling around, there for fielding questions, putting “war paint” on little faces,  or lifting children up onto  cannons and mortars.

Some people simply wanted to come over to our soldiers and say thanks or to be photographed with them. In Israel, our soldiers are our equivalent of rock stars and we admire them passionately and look up to them with awe and gratitude.   My 3 year old granddaughter just wanted to listen to the performing military band, and when one of the soldiers offered her to come on stage, she went, clutching her hand, staring up at her adoringly.  Somehow, even our toddlers sense what our soldiers mean to us.

I glanced around and noticed a friend of mine taking off her tiny grandson’s sandals so he could bounce on the trampoline.  She was grinning and laughing and clearly enjoying the day.  And standing next to her was her teenage grandchild, named after her daughter who was killed by a terrorist fifteen years ago. Just the day before, this woman had sat in the front row of the Memorial Day ceremony, in seats reserved for bereaved families. But this is not unusual. Stories like these are not contradictory or inconsistent.  They reflect perfectly what the Jewish people of Israel understand about the reality of living in this incredibly wonderful, always complicated country.