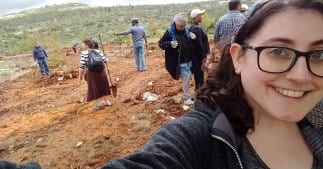 Cultivating the Land of Biblical Israel
On: Feb 5, 2020
By: Elyshia Johnson
In: Newsletters, Reflections from Israel

That first day, everything I had ever thought about farming went right out the window. I hauled heavy irrigation tubes and I hacked at spiny weeds between the neat rows of sprouting green-tipped onions. 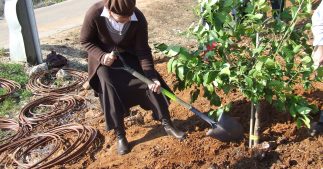 Reflections on Tu B’Shvat
On: Jan 30, 2012
By: Kim Troup
In: Reflections from Israel

I was driving into my community of Karnei Shomron last week and literally had to pull over at the glorious sight of bright red tulip blossoms cheerfully clustered around our main traffic circle. I knew that these were tulips donated by our Christian friends in Holland, and it made me smile when I realized what […]