The Battle Over Area C 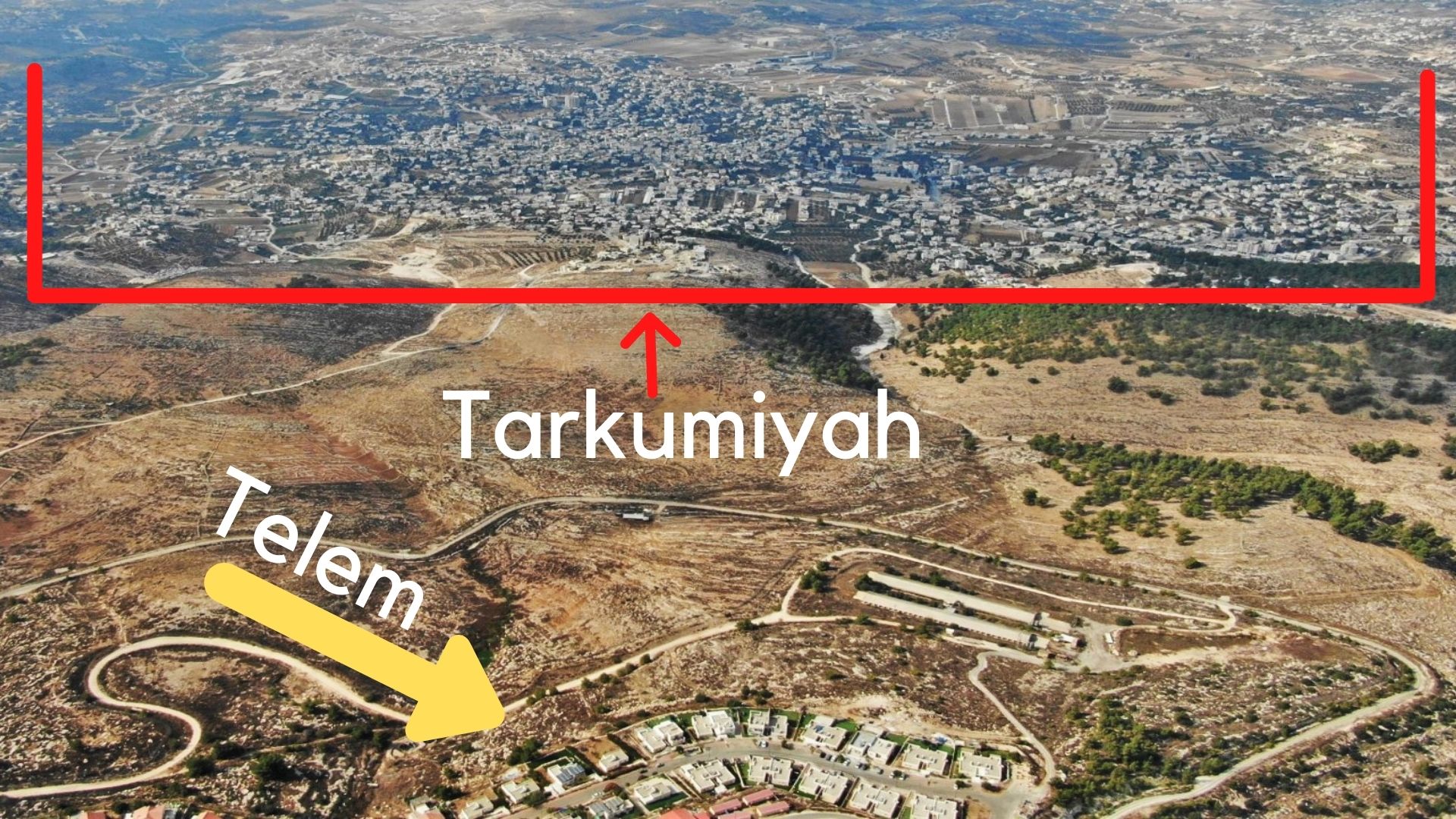 They Are Stealing Our Land!

Last week, I spent a day in the Hebron Hills, visiting communities throughout the area.  It was an incredible opportunity to connect in a more intimate way with the wonderful people in the area, to rejoice with them in their accomplishments and to listen as they expressed their concerns and explained the challenges they face. I met the security officers and administrators of each community, but also sat with residents, enjoyed a snack on a patio overlooking the surrounding hills, and relished in the many new babies that have been born in the past year.  And I was so proud to see the new security equipment that had been purchased with the assistance of our wonderful CFOIC Heartland donors.

But everyone I met noted the same challenge — Arab encroachment on the public lands surrounding each community.  I had read articles about this issue that have appeared in local papers and on news sites for the past few years, but for the first time, I was able to hear and see for myself exactly what is going on. 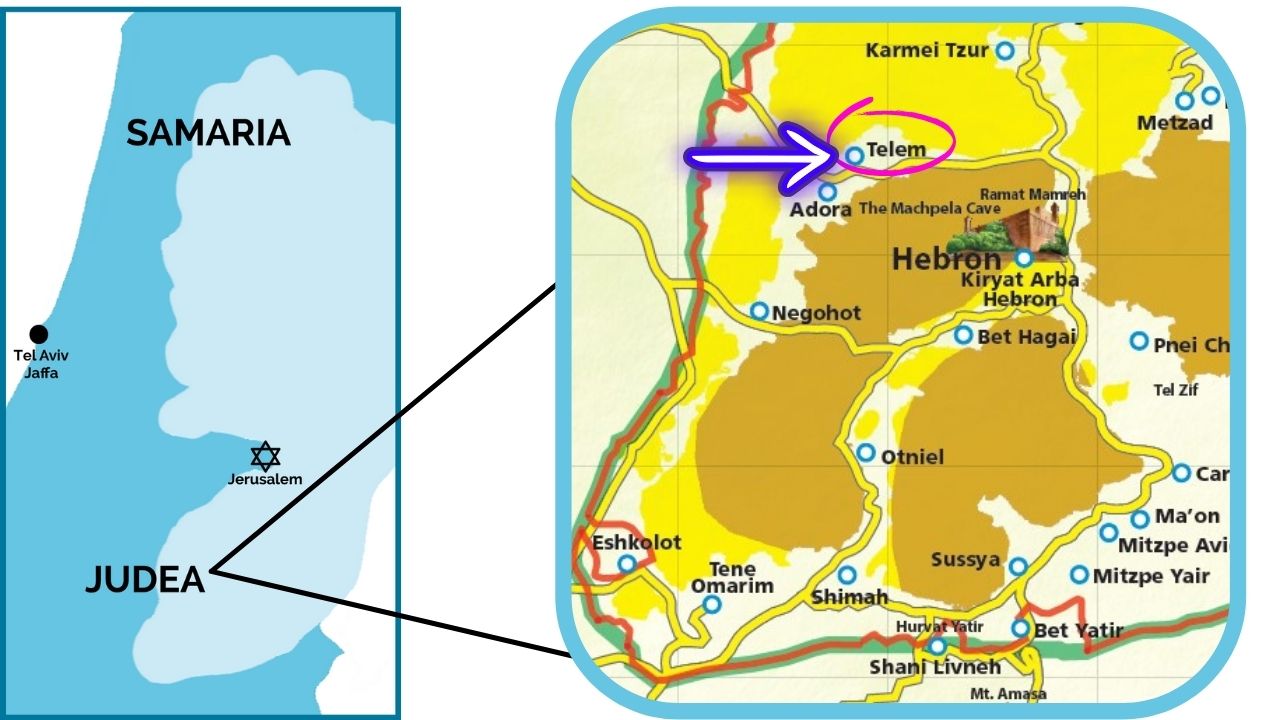 For example, the community of Telem is surrounded by hostile Arab villages, in particular the growing town of Tarkumiyeh.  The land surrounding the community is in Area C, an area legally under exclusive Israeli control.  The land is public land, none of it owned by any private individual, Arab or Jew.  And, by law, in order to build or develop anything on this land, Israeli government permission is required. While the people of Telem are careful law-abiding citizens and only build new homes and public buildings after receiving government authorization, the Arabs in the area are blatantly defying government regulations and developing this public land.  Area C represents 60% of the land area of Judea and Samaria; however, about half of the area is uninhabitable and includes nature reserves and desert areas.  Jewish settlement comprises only 2% of Area C. Under the Oslo Accords, Israel was given full authorization to build and develop public land in Area C.  Arab building in that area is illegal without Israeli authorization.  However, in Areas A and B, which comprise the remaining 40% of the area, the Palestinian Authority can legally authorize Arab building as it sees fit. And there is plenty of land available for Arab building in this area.  There is no Jewish building or development in Areas A and B and the Israeli government has been extremely hesitant to enable major building initiatives in Area C because of international pressure. The result is minimum opportunities for Jewish expansion in contrast to massive opportunities for Arab expansion.

In recent years, the European Union has determined to do whatever it can to help the Palestinians establish their own state in Judea and Samaria. And in order to advance this agenda, they have been funding massive Arab building campaigns in Area C, in direct contravention of Israeli law.  The Palestinian Authority, encouraged by the Europeans, has created detailed plans to build new neighborhoods, expand existing villages and create industrial parks, all in Area C and strategically situated to block the expansion opportunities of existing, legal Jewish communities.

As I sat with community representatives in Telem, I could see all of this development before my very eyes.  I saw new Arab developments in Area C, effectively expanding Tarkumiyeh in the direction of Telem, instead of expanding within Areas A and B.  I saw a new park that had been created in Area C and was told by the Telem security officer, how Palestinian families are there on a regular basis, picnicking and enjoying the natural beauty of the area.  Wouldn’t it be nice, I thought to myself if Jews and Arabs could picnic in the area together.  Unfortunately, however, Arab terrorists use the cover of the new picnic area to scout out Jewish traffic in the area and attempt infiltrations into Telem. The people of Telem must always be on guard.

Unfortunately, the Israeli Government has not been addressing this issue and seemingly does not take it seriously enough.  Despite Netanyahu’s declarations in support of settlement over the years, he refused to move forward on any of a number of proposals that would have stopped this ongoing Arab encroachment on Israeli territory.  And while Bennett has long been an advocate of positive action on this issue, his ability to do anything significant in this area is limited given his diverse coalition government.

As I stood in Telem looking out at the surrounding hills and trying to understand the challenges, I noticed a bright yellow slide adjacent to a tree, just under a kilometer from Telem’s perimeter.  When I pointed it out I was told of an amazing initiative to provide quality recreation for Telem residents while helping to address the rising Palestinian presence in Area C.  They wanted to create a picnic area of their own, with tables, playground areas, and shady spots. There is no vacuum in the area. Empty land is an invitation for Palestinian encroachment and ultimately becomes a severe security threat to Israel.  But if Jews were to wander about on the hills just outside Telem, enjoy picnics and relax under the shade of the natural forest, they would not only be enjoying themselves — they would be filling the vacuum.  They would be preventing an Arab land grab in at least one spot that is so valuable to Telem.

We all look forward to the day when Arabs and Jews can picnic together on the hills of Judea. But today, we dare not be naïve as to the dangerous intentions of our Arab neighbors. There is a war going on, even when shots are not being fired.  The Palestinians, encouraged by their European supporters, are illegally grabbing land from Israel, trying to accomplish by subterfuge what they have failed to accomplish by negotiation.  We must ensure that they never succeed.

Here is a recent visit to Telem with Shmuel Junger. In this short video you can "drive" through the community and see for yourself how close the Arab town of Tarkumiyeh is to Telem.

You can protect vulnerable citizens in Rechalim or Telem!

5 thoughts on “The Battle Over Area C”