The Politics of Israel – The What and The Who

This has been a very political few weeks in Israel and I know many of our friends outside of Israel find it difficult to keep it all straight.  So I thought I would try and clarify things a bit. 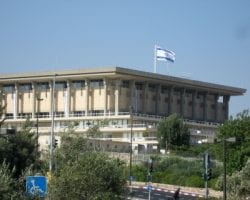 A year ago, there were national elections in Israel and the electorate voted overwhelmingly right-wing.  Binyamin Netanyahu put together a coalition government based on five parties, with a total of 61 seats, just a bare majority of the 120 Knesset seats.  The opposition parties consisted of mostly left-wing parties, led by the Zionist Camp or Labor party.  However, there was one  right-wing party that did not enter the coalition  — Yisrael Beteinu.

The Yisrael Beteinu situation was a bizarre one from the beginning.  Party Head Avigdor Lieberman is a hawk who lives in the Jewish community of Nokdim in Judea and  has long been a strong advocate of the settlement movement.  Lieberman made aliyah as a young man from  Russia and many of the MK’s in his party have, themselves, made aliyah to Israel, mostly from the Former Soviet Union, and see themselves as representing new immigrant issues.

It is widely believed that Lieberman did not join the government when it was first established because of a strained personal relationship with Netanyahu.  Lieberman, himself a former leader of the Likud party, has attempted to merge with the Likud over the years as the two parties have very similar party platforms.  But Lieberman aspires to a top leadership position and Netanyahu has traditionally distanced himself from those politicians whom he perceives as threatening his top position in the Likud.

So for a solid year, Lieberman sat in the opposition together with the Arab party and the far-left Meretz party and center-left Zionist Camp party.  He readily criticized Netanyahu at every juncture as a true opposition MK but his criticism often came from the right whereas the rest of the opposition voiced positions far to the left.  It was clear from the start that Lieberman did not belong in the opposition.

From the beginning, Netanyahu sought to expand the government coalition because of the inherently unstable nature of a coalition with a majority of one.  For months, Netanyahu negotiated with Yitzhak Herzog, the head of the Labor party and seemed close to a coalition agreement with him.  Herzog recognized the right-ward movement of the country, with far less support than ever before for a Palestinian State and far more interest in traditional values.  Therefore, he has sought to position his party closer to the center-right on these issues.  But, he still found it hard to swallow the government positions that support building in Judea and Samaria.  At the same time, he was facing growing opposition in his own party at the very idea of entering a right-wing government.  His party colleagues could not justify compromising on their traditional left-wing, pro-2-state solution positions.

In the meantime, a number of Likud MK’s closely affiliated with the settlement movement were concerned that a deal with Herzog would bring a settlement freeze in its wake and initiated negotiations between the Likud and Yisrael Beteinu.  And that deal did happen.  Yisrael Beteinu entered the coalition and the negotiations with the Labor party promptly broke down.

The result was astounding and it is hard for me to believe that Netanyahu did not have this whole thing figured out in advance.  Herzog left the negotiating table with a bruised and battered ego, having failed to negotiate his entry into the government, only to face growing opposition within his own party at the very idea of joining Netanyahu.  Herzog now faces challenges to his party leadership and may well lose the leadership position in the coming year.  And Labor is a weakened, fractious party today.

Lieberman, on the other hand, was given the coveted Ministry of Defense, which gives him the ability to have a direct and powerful say in the conduct of military and strategic operations in Gaza and along our borders.  The sad result of this political maneuvering 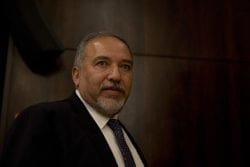 was the resignation of Moshe (Bougi) Yaalon from his positions as government minister and Member of Knesset.  Yaalon was insulted that Netanyahu was going to replace him with Lieberman at Defense and even though Netanyahu offered Yaalon the Foreign Ministry position, Yaalon was insulted and quit politics altogether.  Yaalon was a talented officer and highly-regarded Defense Minister, despite some recent unfortunate comments.  But, it seems that ego got in his way.  The upside of this is that with his resignation from the Knesset, Yehuda Glick, a long-time activist for universal prayer on the Temple Mount, is now a Likud MK.

And a note about Naftali Bennett.  Bennett is the head of the Bayit Yehudi, the religious Zionist party most closely associated with the settlement movement.  With these recent political machinations, Bennett felt the need to assert vital strategic positions fearing that a Lieberman-Netanyahu deal would leave him out in the cold.  Bennett and Netanyahu have had their own tensions over the years, exacerbated by Bennett’s ambition to become prime minister himself one day.  But compromise was reached within a few days and dire predictions of new elections because Bennett would bring down the government proved baseless.

Just after Lieberman took up his new position, however, he and Netanyahu held a joint press conference where they both asserted their commitment to a 2-State solution.  Bennett’s response was immediate:  “You cannot stand for the Land of Israel in Hebrew while establishing Palestine in English.”  And this statement says it all.  Netanyahu and now Lieberman have expressed their support for a 2-Sate solution but it is clear that neither is truly in favor of it.  They are attempting to placate international forces against Israel while remaining true to their ideological positions.  Is it possible?  Or has the time come to give up the game?

I don’t have an answer.  When I see the brilliant maneuvering that Netanyahu has mastered for decades, I wonder if he isn’t the wisest player of all.  On the other hand, Bennett’s statement, rather than create further tension with Netanyahu actually serves them both.  Netanyahu can point to coalition parties who won’t let him compromise, all the while rejoicing in one more goal for the Land of Israel.