Determination in a Desert Outpost 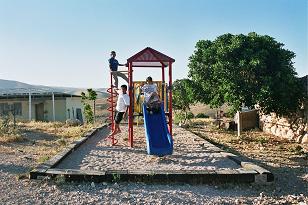 That’s quite a long way to come for a born and bred Jerusalemite who is a world-renown Judaica artist, the son of Holocaust survivors, whose work is on permanent display at the Israel Museum and the Jewish Museum of New York. And for the New York-born graduate of the Hebrew University of Jerusalem, daughter of a Chemistry Professor and nurse, who grew up in Rehovot, a southern suburb of Tel Aviv. But everyone finds their special place, and Mitzpeh Chagit, in Biblical Judea is where this very special family is making a difference every day.