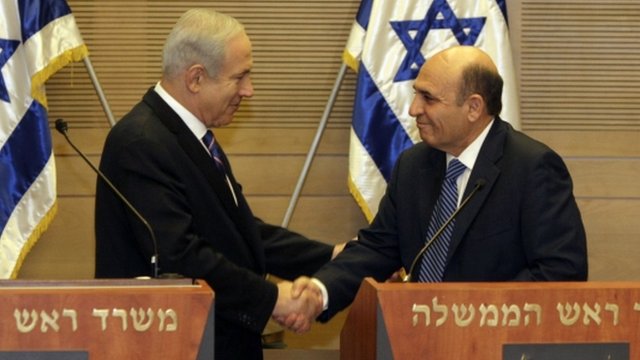 What a topsy-turvy week this has been for Israeli politics.  Just a few days ago, Prime Minister Binyamin Netanyahu made it clear that he was moving towards early elections, and initiated legislation in the Knesset to send Israel to the polls the first week of September.  Then just this morning, Netanyahu announced a new unity coalition agreement which will bring Shaul Mofaz and the Kadima party into the government, thus cancelling upcoming elections.

Netanyahu’s government is the most stable we have seen in years.  He rules with a solid majority of the Knesset and there are no parties which pose any serious threat to Likud rule.  The government is solidly right-wing, representing the Likud and other smaller right of center parties.  None of these satellite parties have made any serious moves to topple this government. For that reason, both the initial bid for new elections and the just announced agreement with Kadima seems, at face value, unnecessary.

A quick look at Kadima reveals that party to have become far weaker that it was when the government was formed.   Although Zippy Livni actually came out of the last elections with 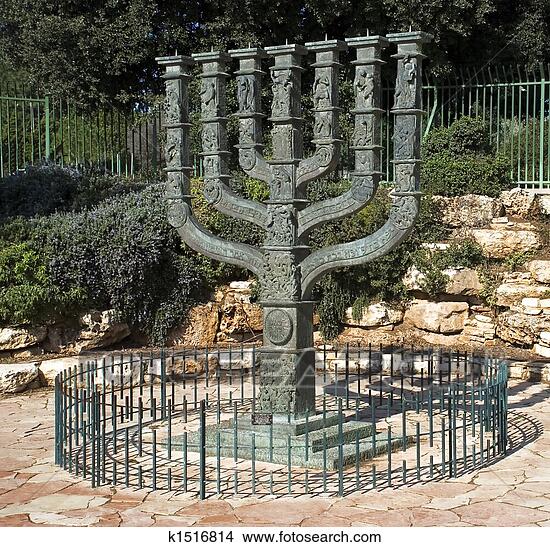 the largest number of votes, she was unable to form a coalition government because the right-wing parties as a whole overtook Livni’s left-wing allies.   But Livni, at least on paper, posed a formidable challenge as she not only headed up the opposition but headed up the largest party in the Knesset.  Since then, however, she has proven to be a resounding failure and her own party just recently chose her chief rival, Shaul Mofaz, to lead the party in her stead.  Unable to face such defeat, Livni recently resigned from the Knesset altogether.  Mofaz is far from ready to undertake a head-on challenge against Netanyahu, which might explain his willingness to enter the coalition – it may well be his only chance to exert any influence at this time.

In evaluating what the Likud has to gain, however, and more importantly, what Israel has to gain, the focus moves to the two major challenges facing Israel today – Iran and the evolving relationship with the US.  The threat coming from Iran is clear – Iran is a country whose leadership declares regularly its desire to wipe Israel off of the map.  A nuclear Iran would enable that country to accomplish what it desires.  This much is clear.  It is not yet clear whether Israel will have to act alone against Iran or whether a coalition of Western powers will do the job with or for Israel.  But the job needs to be done. And preventing Iran from achieving nuclear capacity will not only save Israel – it will protect the entire world from the despotic designs of the radical Islamic Iran.

In 1981, under the leadership of Menachem Begin, Israel bombed and destroyed a nuclear reactor in Iraq.  At the time, the US condemned Israel for taking what it considered an unprovoked action. But 20 years later, when the US was faced with its own war against Iraq, it was deeply grateful that, years earlier, Israel had prevented Iraq from becoming a nuclear power.

Chances are that if Israel is forced to act alone, it too will come under severe condemnation from the US.  And that condemnation may well have serious consequences, especially if as a result of Israeli action, there is a war in the Middle East.  In order to face down that condemnation, Israel will need to be solidly behind its prime minister.  There is clear support in Israel for whatever action our leaders deem necessary to destroy the threat coming from Iran.  If, however, there is overwhelming condemnation of Israel as a result of such an attack, it will be very important for our government to know that they have a strong mandate from the Israeli people.  Including the Kadima party in the government strengthens that mandate.

Our relationship with the US plays a critical role in local Israeli politics as well as in the international arena.  The US has been the strongest ally that Israel has ever known and has stood steadfastly by Israel’s side for many years.  It provides Israel with vital military equipment which benefits both countries – Israel received the assistance it needs to defend itself and US interests in the Middle East are protected by Israel.  In addition, US military industries continue to provide jobs for many Americans as a result of the heavy Israeli purchase of US equipment.

As the US enters the final stages of its own election campaign, Israel is concerned with the prospect of a second-term President Obama.  Obama’s antipathy for Netanyahu personally is well-known and his retreat from positions that marked years of pro-Israel support in the US is troubling.  Furthermore, any second-term president is no longer beholden to pro-Israel voters in both the Christian and Jewish comm

unities.  He could cause terrible harm to Israel and not suffer any political consequences.  Indeed, if Obama is re-elected for a second term, it is anticipated that he will step up his pressure on Israel and should Israel decide to attack Iran, he would exacerbate the negative consequences that Israel would face as a result.  But, if Netanyahu stands at the head of a government which commands the support of a large majority of the Israeli people, Obama will have a hard time undermining Netanyahu’s decision.  The US is, after all, a strong democracy and has a healthy respect for democratic values.  An Israeli government with a clear mandate from the Israeli public to act, is in a far better position to fend off criticism on the Iran issue, as well as any other issue.

The main question in my mind, however, is how this will affect the settlement movement and the many related issues on the table right now.  As the Supreme Court has mandated the removal of several neighborhoods and outposts in Judea and Samaria, the government has been working hard to find a compromise that would comport with Israeli law while ensuring the continued development of the communities threatened with demolition.  There is currently a law in the Knesset that should solve this problem and it is unclear how Mofaz’s entry into government will affect its passage. The Kadima party is a motley crew when it comes to settlement issues.  Its past leaders, Ehud Olmert and Zippy Livni, advocated far-reaching compromises with the Palestinian Authority that would not only jeopardize all of the 320,000 Jews living in Judea and Samaria, but that would threaten Jerusalem as well.  Mofaz tends to be more to the right of those two, and there are some in the Kadima party who are more supportive of settlement activity.  There is real fear, however,  that Mofaz would try to prevent any further settlement development and that he would team up with Ehud Barak in his effort to halt all settlement expansion.  Likud MK Zippy Hotobeli, a staunch supporter of Judea and Samaria, contends that this agreement will not hinder continued development in the heart of Biblical Israel.

This is a time for prayers.  And this is a time for the supporters of Judea and Samaria to raise their voices.  As the Israeli government adjusts to its new members, it will be  paying attention to what voices all over the world are saying about the settlement issue.  And as the US gears up for its elections, politicians there will be paying attention to what their constituencies are saying.  So say it loud and clear – Judea and Samaria belongs to Israel.  Only to Israel!