Help Those Who Help Themselves in Sussya

Sussya,  located on an isolated hilltop in the Hebron Hills, is a community characterized by incredible warmth and mutual aid. These people know what’s important: G-d, His land, and the future generations who will serve Him. While Israel has weathered the economic crisis better than some, many families are still hurting. The need in Sussya is particularly acute, as families tend to have many children. The Ezra Fund is a community initiative to help with such basics as food, clothing, tutoring, and even pre-school!  And almost from the beginning,  CFOIC Heartland has been there,  together with the Ezra Fund, helping the people of Sussya. “We are not an affluent community ”, explains Rabbi Yisroel Feld, the director of Sussya.  “We are laborers, builders, blue-collar workers.  Our young couples work hard to make  ends meet while getting their university degrees.”  Yisroel describes Sussya as a  community of simple people with enormous faith. “Simplicity is important in Sussya. But it’s hard to focus on getting close to G-d if you’re struggling with poverty. “When someone suffers a financial crisis—or even a blessing, like a new baby in the family—the additional monetary burden can make you and even your faith vulnerable. The Ezra Fund has made it an almost automatic response to scrutinize the family situation after every new birth, and if the situation calls for help, we provide a generous and practical package for the newborn. The Fund gets them through these times with the right attitude towards G-d: He is with us through times of strife and joy.”

An Ezra Fund Wedding in Sussya

The Ezra Fund helped fund two weddings this year. Sometimes, new immigrant couples, as part of their journey back to Israel and Judaism, discover that they had never been married in a religious ceremony. One couple had moved to Sussya from Russia and, with the backing of the Ezra Fund, arranged a proper religious ceremony with all the age-old rituals. The Ezra Fund provided the supplies and the entire community helped cook, decorate and organize the event. One story really brings home the immediacy of need and the immediate help the Ezra Fund can provide. The local grocery store had given credit to many Sussya residents and institutions for years, and an enormous sum of money was owed. When the store was pressured to make some safety improvements and renovations while renewing its operating license, it was forced to stop all credit to those with outstanding debts on their accounts, immediately.  It was a difficult but sensible decision. Unfortunately, it was the end of the week. What do people do when strapped for cash with Shabbat to worry about? The Ezra Fund was happy to provide these families with enough money to get through  Shabbat and until their next paycheck. This past year, unfortunately,  Sussya was witness to the business failure of two local builders. One had to lay off a number of workers and the other closed operations completely.  A significant number of residents were left unemployed.  Most found jobs quickly, but the Ezra Fund supplied the others with help until they could get back on their feet.  Another business crisis occurred when a local carpenter had his entire shop robbed. The tools of his trade…his very livelihood was gone. The Ezra Fund helped reestablish his shop so he could continue respectfully supporting himself. 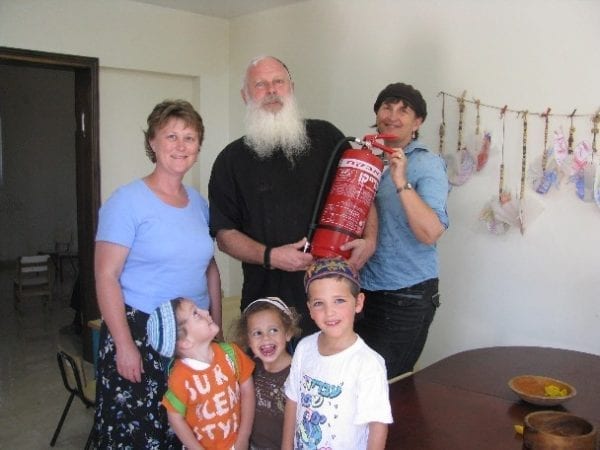