An Update From Our Communities in Israel   In September 2011, Kim Troup, the US Director of CFOIC Heartland, traveled to Israel. While there, she visited some 30 different communities in less than two weeks. It was an intense visit and included meetings with mayors, community representatives, and residents to hear firsthand how the efforts […] 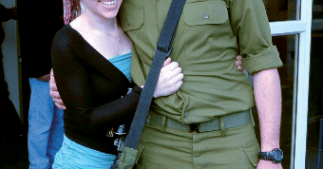 The Young Faces of Karnei Shomron
On: Feb 27, 2012
By: Kim Troup
In: Heartland Stories