Tuesday, September 2, 2014 After 50 days, the war has ended. At least for now.  The missiles have stopped firing, the artillery fire has gone quiet.  Worst hit by far were the communities closest to Gaza.  The four-year old boy killed in Nahal Oz and the middle aged men killed in  Nirim at the end […] 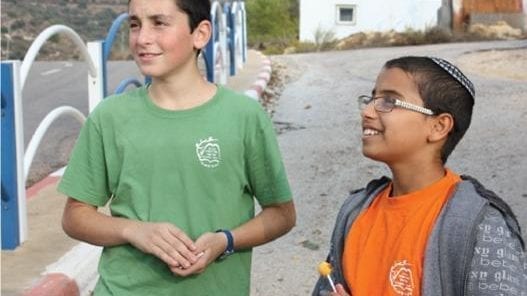 Uniting in Faith in Talmon The kidnapping and murder of Naftali Frankel, Gil-Ad Shaar, and Eyal Yifrach, was heart wrenching for the people of Israel. And yet, there was one spark of goodness that emerged from it all – it brought the nation together. While their families strengthened and united us, their disposition brought a […]

As I write this newsletter, it is still unclear whether Israel will continue to be involved in a war with Hamas, whether we will move on to a war of attrition, or whether some sort of agreement will be reached between the parties. As an Israeli, watching the news day in and day out during […]

Bringing the Torah to Roi

This past Friday I participated in a moving ceremony in the Jordan Valley that I would like to share with you.  Very dear friends of mine decided to commission the writing of a Torah Scroll in order to donate it to a community in need.  A Torah Scroll contains the entire text of the Five […]